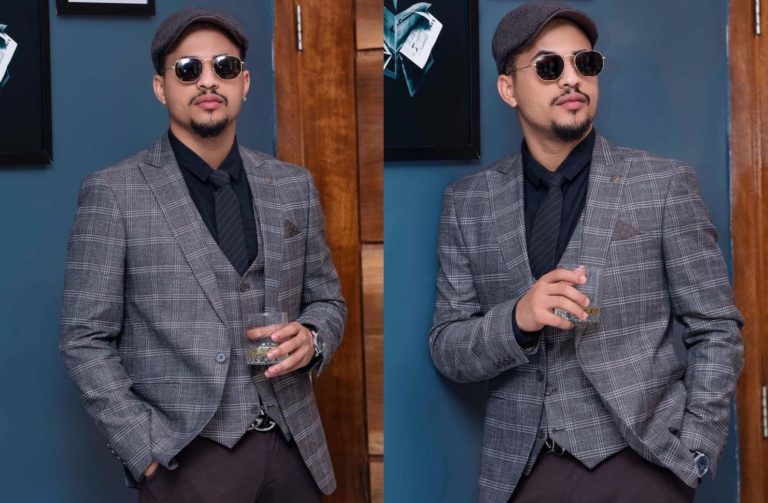 Eyewitness Recounts How He Rescued Rico Swavey, Says The Deceased Was “Not Drunk”

An eye witness, Sunday Michael, who was with the late former Big Brother Naija housemate, Patrick Fakoya, aka Rico Swavey, in his last moments has said that the deceased was not drunk as insinuated by some persons.

But during a media parley on Thursday in Ikeja, Lagos State, friends and family of the deceased said that they want members of the public to be aware of the facts surrounding Rico’s death.

Michael, who is an Uber driver, said, “Rico was never drunk and I did not perceive any alcohol in his mouth while trying to help him. The road where he had the accident is dark and quite dangerous. If one is not conversant with that road, any driver can run into that pavement and have an accident.”

He also narrated how he rescued the former BBN housemate from the accident scene and the efforts he made to ensure the latter survived.

He said, “At about 12.30 am, I was driving down from Sangotedo to Ajah when the incident happened at Abraham Adesanya traffic light. This young man (Rico) drove past me and in less than five minutes, all we heard after he ran through the pavement was a heavy sound.

“I noticed no one came down from his car after and I had to help out. I broke through the windscreen to open the door and I saw him (Rico) bleeding from his nose and his mouth. I took him out after I removed the seatbelt. I felt sad and broken. Cars were passing and they did not help even after I had asked them to assist.

“After I carried him into my car, I took him to Doren Hospital, Ajah. We wasted about two hours there. Nobody called his phone which I took out from his car with his purse. Even when I removed his phone sim card to call, I could not get any number to call.

“The doctor said that an instant surgery needed to be done on him and they did not give him any injection apart from the drip. I was still there, scared. The doctor asked us to take him to either two hospitals that they mentioned. I pleaded with the doctors at Doren that Rico was already bleeding and that my car was filled with blood.

“I pleaded with them for an ambulance but they refused. They said that their ambulance is not working. I wondered why a standard hospital does not have a working ambulance. When I pleaded with them, they were nonchalant. I became scared because I was told Rico had 90 minutes to live. That was when I brought out my phone and did a video of it because this is Nigeria.

“If I had decided to take Rico out of Doren to Evacare hospital and he died in my car, it will be something else. So, I needed evidence for myself. By the time I was making the video, Rico was lying on a chair, he was not even given a bed to lay (comfortably) on. Still, on the chair, they gave him a drip, brought a ‘machine’ that looked like a straw, and put it in his mouth to suck out the blood from his mouth which was now becoming thick. He was not breathing well at this point and I was still begging the doctors. It took us two hours and yet no ambulance.

“When I realised that the doctors were not willing to help, I had to take him in my car to Evacare hospital. When I got there, he was rushed inside and carried on an emergency bed. I was outside waiting and in less than five minutes, the doctor that attended to him said I have to make a deposit of 4.2 million before he will be treated.

“I felt at this point, I have done what I was supposed to do and I should be on my way home. However, the doctor asked security not to let me go. He insisted that I pay the 4.2 million or carry Rico away from the hospital.

“Some minutes later, the doctor then said that he remembered who Rico was and that he is a celebrity. That was when he said Rico should be treated. At about 5 am that morning, somebody called Rico’s phone saying that he was his manager. I then went home and still kept in touch with Rico’s family. It was on Thursday morning (October 13) I was told he died.”