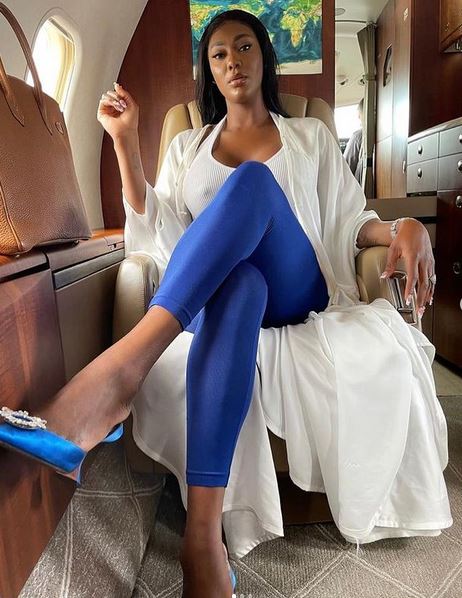 Faith Morey Confirms Her Marriage To Her Husband, Randy Morey, Is Over

Popular Nigerian actress and supermodel and actress, Faith Morey has disclosed that her marriage to her white husband, Randy Morey is over.

TORI reported earlier that the model dropped hints about her and Randy going their seperate ways in an Instagram post she shared, where she talked about “single mothers” not taking the place of a dad/man in their children’s lives.

In an interview with Vanguard Allure, she confirmed that their marriage is over, adding that she is lucky they met.

”Love doesn’t know skin colour or race; it is universal. I was lucky to have met my ex-husband; he thought me to be open to other cultures, food and tradition. I will say, I’m more open-minded due to my relationship with him.”

When asked about the price she had to pay for posing n*de at the peak of her career,

”Right now, I will say I have outgrown that; but at the peak of my career, I did some semi-nude, and, of course, lingerie model paid more.”