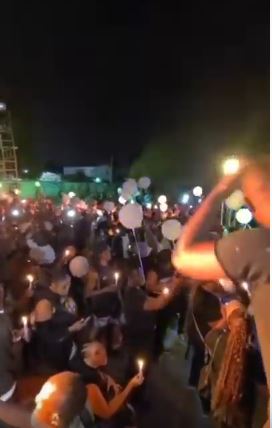 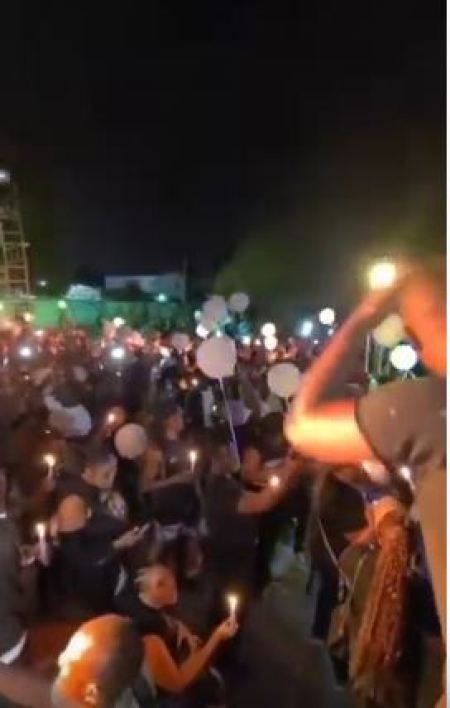 There was a candlelight procession for late Nigerian artiste, Lanre Fasasi, aka Sound Sultan on Sunday night, July 18.

The singer died on July 11 after battling Angioimmunoblastic T-Cell Lymphoma. He has since been buried in New Jersey in the United States of America.

The first candlelight procession, organized by the Satellite Town Youths, where Sound Sultan grew up, held on Friday, July 16. Then two days later, on Sunday, July 18, another held.

Those at the event wore black t-shirts with the late singer’s face on it. They also held candles and waved balloons in the singer’s honor.