Apparently, not even Mayorkun can post a shirtless photo without having some horrible body shamers going after him.

The DMW singer, Mayorkun, also known as the Mayor of Lagos posted a fun photo of him seemingly on social media with his phone in a studio. Of he had his shirt off and one of his fans on Instagram decided it would be cool to body shame the “Geng” crooner.

The fan that went against him in the comments bodyshamed him for looking too skinny like he is being starved. Some people can be horribly cruel on social media. 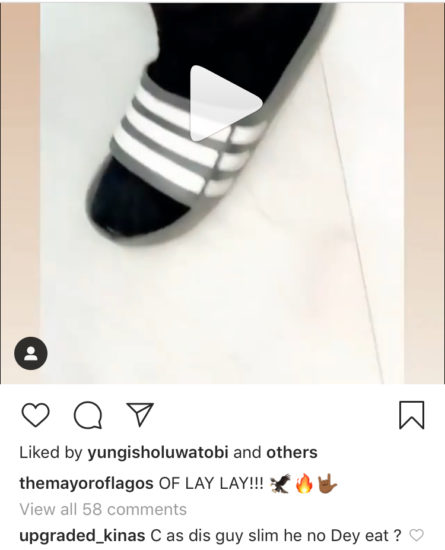