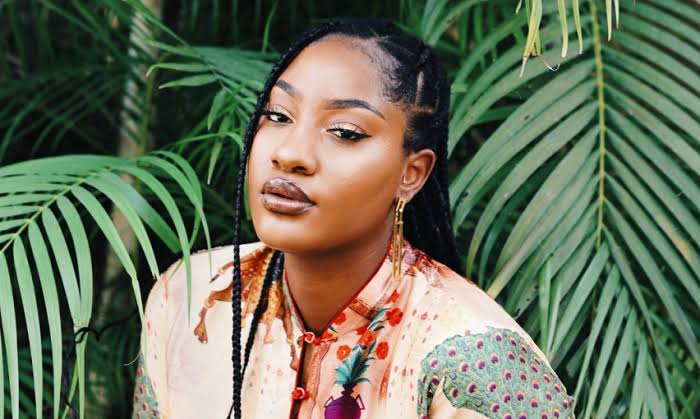 Talented Nigerian singer Tems has replied to a fan who described her as ‘lazy’ on Twitter.

The passionate fan, @TinnyTolani slammed Tems over her failure to meet the promise she made about releasing her album this year.

The fan wrote: ’@temsbaby promised us an album this year, but as we no come hear anything like this nko.’

Another fan called Efuru blasted the singer over her inability to release an album since she became famous.

Efuru wrote: ‘Next year loun, loun. Nah, why I no dey take female artiste serious, they don’t have that hustle spirit like men. Little fame like this, they will start doing anyhow.’

Replying, the singer said: ‘SHIOT UP! You won’t last a day doing this shit.’