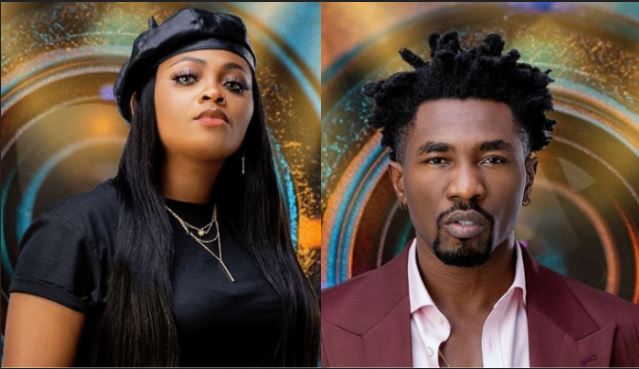 On Saturday, day 42 of the show, Boma and Tega, the only married female housemate in the show, were the lucky ones to get into the executive lounge by themselves. 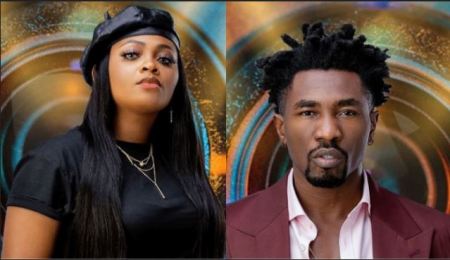 The many fans of the Big Brother Naija Shine Ya Eye season reality show have taken to social media to rant as Boma kissed and spanked Tega in the executive lounge.

On Saturday, day 42 of the show, Boma and Tega, the only married female housemate in the show, were the lucky ones to get into the executive lounge by themselves.

With the both of them alone, Boma spanked the mother-of-one and soon, the duo started kissing passionately.

This comes a few days after Tega set tongues wagging with a video that went viral which featured her kissing Boma in bed.

Few days after that, the duo openly shared a kiss to the amazement of housemates during a task.

With this recent activity between the duo, fans have taken to lambast them for their actions.

A fan, @chi_derahh, said, “This Boma and Tega ‘thing’ is the most disgusting thing to ever happen on BBN.”

Another tweep, @jay_cipirano, said, “The brands that will sign Boma and Tega will lose heavily on their investments. Most people won’t patronize them.

“I am irritated on behalf of Tega’s husband and his son. This boy will grow up and see his mom’s video about how she messed up on Tv.”

“I can’t wait for Boma and Tega to come out of this house and see the dragging waiting for them,” @_that_yemi_guy said.