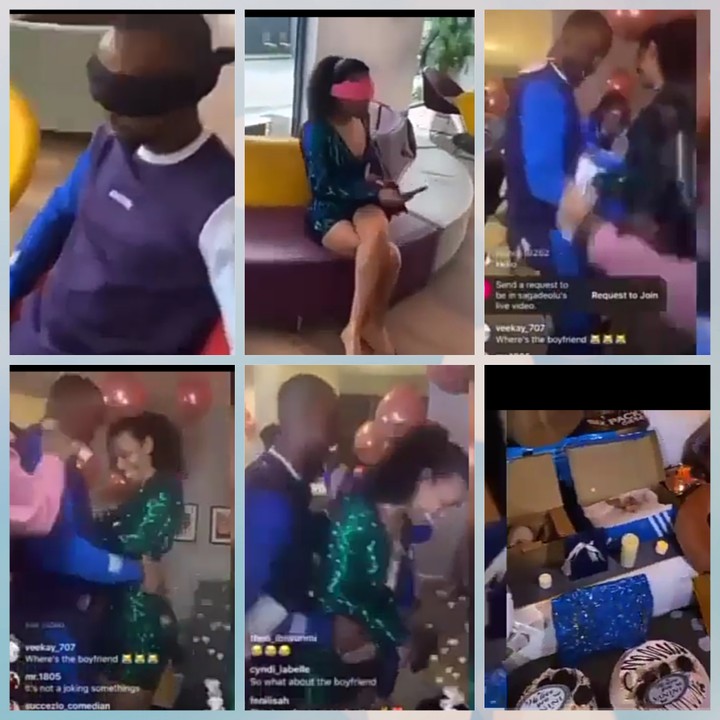 Fans of Saga And Nini Surprise Them With Gifts (Video)

Saga was given a six pack enabler and several other stuffs. Nini on the hand, got a teddy bear, pair of shoes amongst other items. 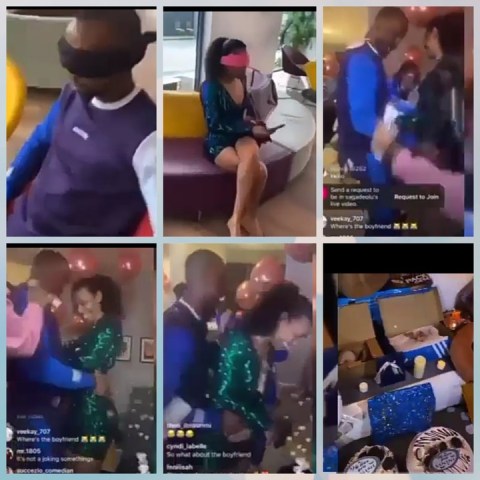 Saga and Nini given gifts

Fans of ex-BBNaija housemates, Nini and Saga have surprised them with gifts.

This was made public in a video currently making the rounds on internet.

The fans were spotted with the gifts as they gave it to the reality stars.

This happened during a meet and greet session in lagos where the duo visited recently for a chat with fans.

Saga was given a six pack enabler and several other stuffs. Nini on the hand, got a teddy bear, pair of shoes amongst other items.

Recall that Saga and Nini were really close in the house romantically, which had viewers questioning their ‘friendship’.

They spent time together under the duvet and slept on the same bed all day during the show.

There were suspicions that things happened more than the camera showed the viewers.