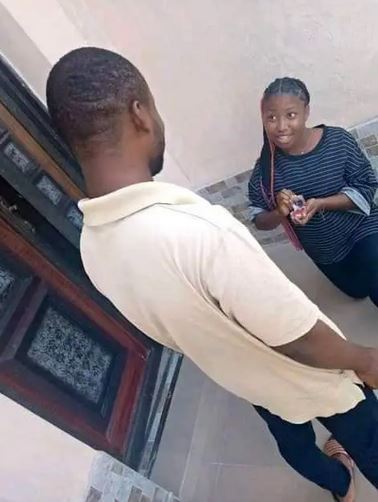 A final year female student of Nekede Polytechnic in Owerri, Imo state, has popped the big question to her long term boyfriend.

She proposed to her man and he said a big Yes.

A Twitter user shared photos from the proposal and revealed that the lady said she cannot afford to lose her boyfriend.

In the pictures making rounds online, the man could be seen smiling from cheek to cheek as he stretched out his hand for his girlfriend to put the ring on his finger. 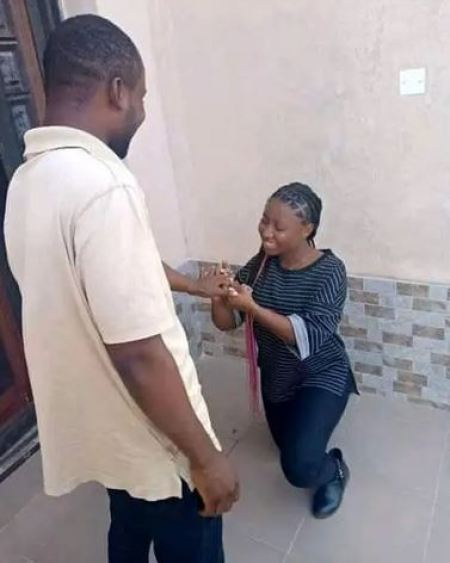 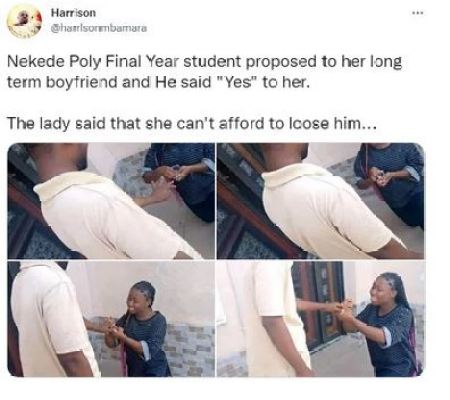