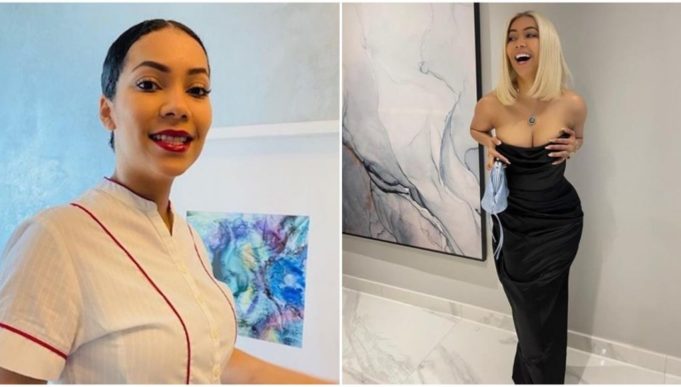 Homebreaker?: ‘If I Can’t Have You, Nobody Can’ 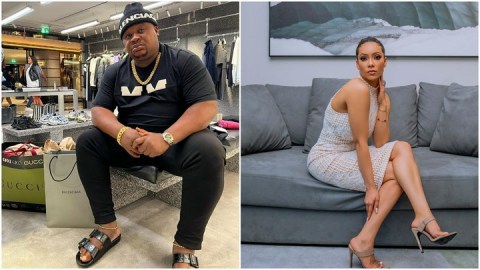 Nigerians have continued to lambast BBNaija’s Maria calling her a home breaker.

This comes after she was called out by Cubana Chiefpriest for allegedly breaking his sister’s home by sleeping with her husband.

Now Nigerians have dug up Big Brother Naija star, Maria’s old post where she wrote “If I can’t have you, nobody can”.

Though Maria is yet to react to being called out, Nigerians reacting to the post have linked it to her alleged relationship to the married man.

She has been called unprintable names since the allegation surfaced.

Recall that Maria also was seen showing off the married man identified as Kelvin. 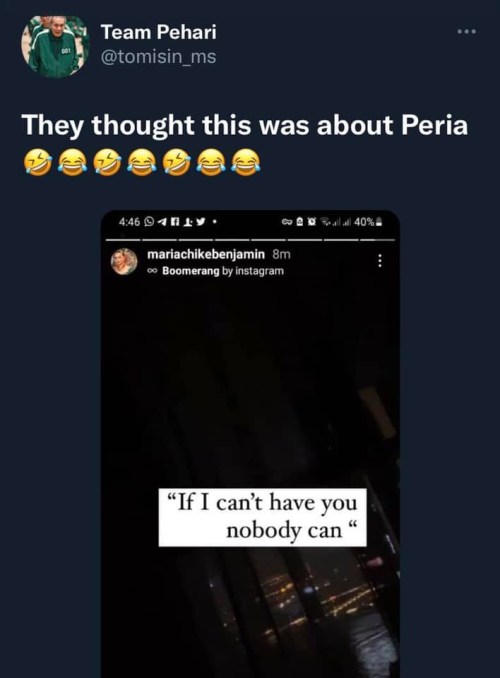 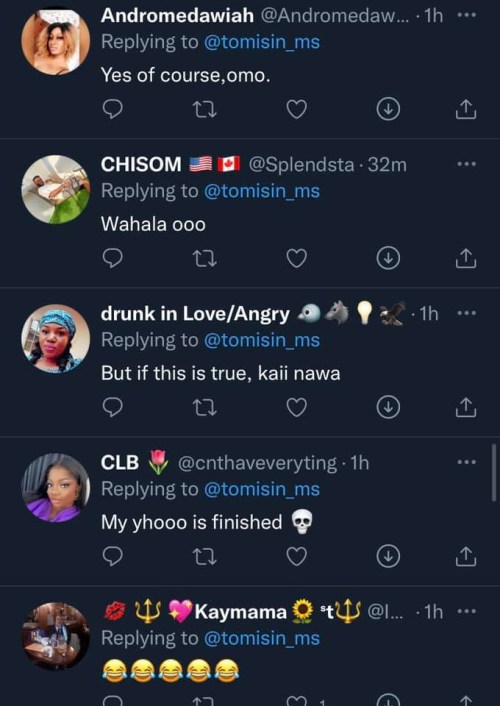 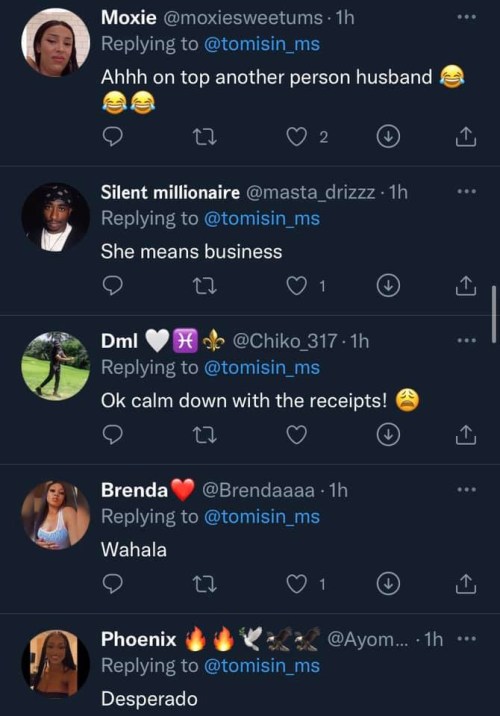