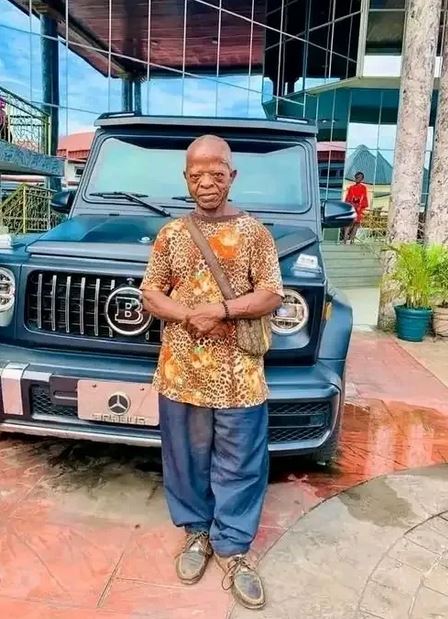 How Filmmaker Paid Me N5000 For Movie Role – Kenneth Aguba

Veteran Nollywood actor, Kenneth Aguba has disclosed how he was paid the sum of N5000 for a movie role.

Aguba who was formerly homeless said this in a recent video while speaking about his acting career.

“I’ve acted in so many movies between Calabar and Owerri. I’ve acted everywhere and I started in 2003. They just suffered me, they can’t pay me. I remember acting in Jos, he carried my money and ask me to come back to Jos to collect my money.

“How can? How much will I spend on the journey before I reach Jos? He kept that one. Many times it happened, they ate my money. They didn’t pay me well. They gave me N5000, they are happy. They think they are paying me,” he said.

On July 8, the general overseer of Omega Power Ministry (OPM) Apostle Chibuzor Chinyere offered to sponsor the marriage of Kenneth Jideofor, better known as Kenneth Aguba, to any interested lady.

The clergyman on Tuesday gifted the actor, a home in Port Harcourt after the story of his homelessness went viral last Monday.