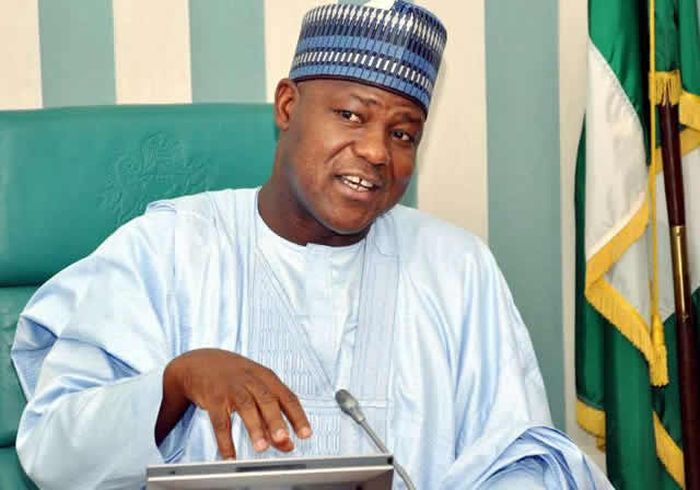 Former Speaker of the House of Representatives, Rt. Hon. Yakubu Dogara says he is ready to go to jail if the All Progressives Congress (APC) can establish any form of links or connection between him and Hushpuppi.

The call by the APC followed the arrest of Nigerian alleged internet fraudster, Raymond Igbalodely alias Hushpuppi by the Dubai police and his subsequent extradition to the United States for trial.

Some pictures of Hushpuppi and notable PDP chieftains had gone viral following the development. This sparked some reactions on social media, including the APC linking Hushpuppi to the PDP chieftains.

But in a statement made available to Igbere TV via mail on Sunday, in Abuja, Dogara, a 2019 ‘Igbere TV Leadership Excellence Awards’ awardee denied any links or connection to the alleged internet fraudster.

The former speaker said he has agreed to wave his rights for trial and ready to go to jail if the APC can prove its allegations. He, however, wondered why similar allegations were not levelled against some governors of the APC, who had appeared in similar photos with an alleged money launderer, Mompha.

The statement entitled, “The fatuous and infantile statement by the smellfungus called Yekini Nabena”, signed off and sent to Igbere TV by Turaki Hassan, on behalf of Office of Rt. Hon Yakubu Dogara, reads;

“The statement issued by one Yekini Nabena on behalf of the All Progressives Congress (APC) desparetly seeking to link Rt. Hon. Yakubu Dogara to suspected cyber criminals on the basis of a group picture taken at a public event, is to say the least; infantile, rash and fatuous.

“This smellfungus, called Nabena should have known that it is share mindlessness to attempt to execute mischief and blackmail in plain sight before the public some of whom are better informed. Who is that fool that links people to criminal activity simply because they appeared in a group picture at a public event comprising of people from different walks of life?

*If appearing in a group photograph is what Nabena is now using to establish a link or connection to crimes or alleged criminals then why didnt he issue such a statement in the wake of the arrest of a suspected money launderer by name Ismaila Mustapha, AKA: Mompha whose pictures with notable personalities including some APC Governors are all over the social media? Is Nabena guilty of selective amnesia or share perfidy? Who is Nabena scared of? Who is he trying to fool?

“For the records, Rt Hon Yakubu Dogara has agreed to wave his right to a trial and go to jail if Nabena establishes any form of links or connection between him and the alleged cyber criminal before the event where the picture was taken and after the event until now. For Rt Hon Yakubu Dogara, that picture was just another picture among the thousands, if not hundred of thousands of such pictures with Nigerians from all walks of life.