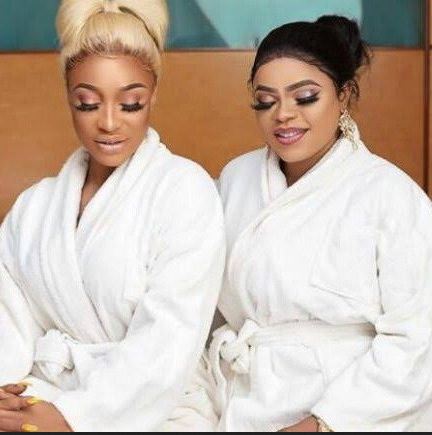 Controversial Nigerian actress, Tonto Dikeh has fired back at her former friend, Bobrisky after he shaded and accused her of owing him N5 million Naira.

In a social media rant, Bobrisky berated Tonto as he claimed that the actress of throwing shade at him. He also revealed Tonto is allegedly owing him N5 million Naira.

Bobrisky dared Tonto to come for him again, as he promised to reveal more of her secret to the world. He also accused Tonto of smoking after becoming a born again Christian.

In response to Bob’s Instagram post, Tonto said she aren’t a “pig and don’t associate with mud”. She added that her time and attention is very expensive and that she spent millions of Naira on leadership skill.