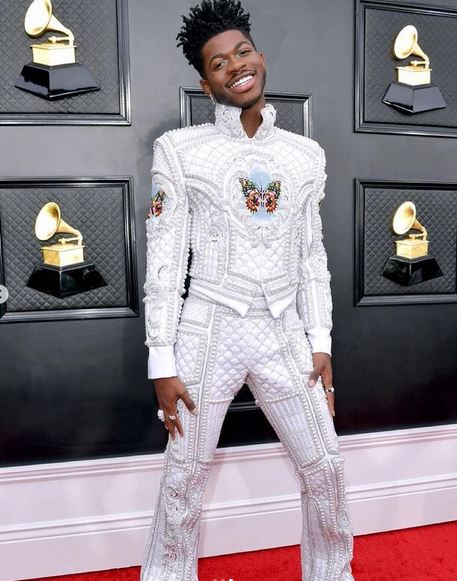 I Am No Longer G*y

American singer and rapper, Montero Lamar Hill, popularly known as Lil Nas X, has made a u-turn about his sexuality after he failed to cop an award at the just concluded 64th Grammys.

He informed his fans that he has quit being g*y after losing in every category he was nominated in at the 2022 Grammy Awards.

The outspoken “Industry Baby” singer, took to his official Twitter page to make the information public.

He wrote in a tweet that has gained over 100,000 likes as well as thousands more retweets and comments: ” I can’t believe i lost all my grammys. i am now no longer g*y!”

His decision follows an earlier tweet before the award night where he pledged to resign from the ‘Illuminati’ if he fails to win an award at the Grammy ceremony.

Nigerian Footballer, Wilfred Ndidi And Wife Celebrate 3 year Wedding Anniversary
I Will Switch Careers And Become A Chef When I’m 38
Khloe Kardashian Reacts To Reports That She’s Had 12 Face Transplants
No Comments Yet Drop a Comment