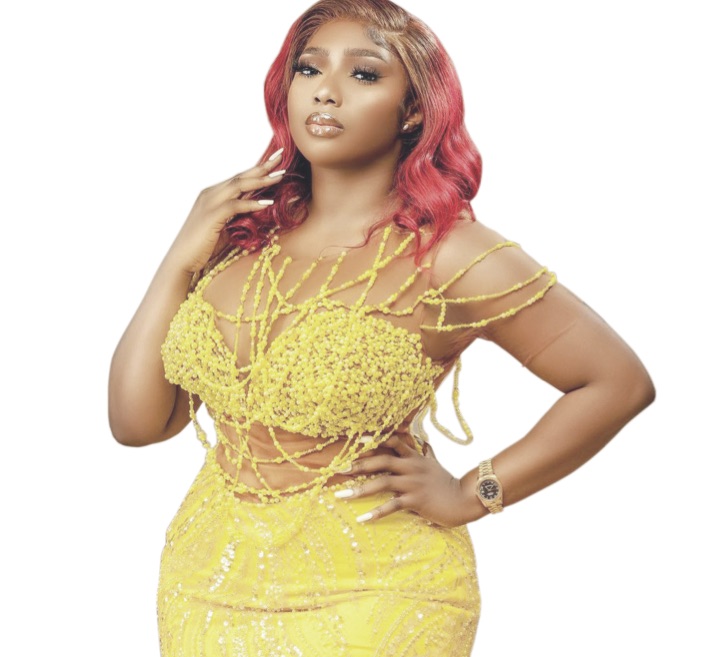 I Can Never Act Nude For Money – Actress, Caroline Igben Declares, Reveals Other Things She Won’t Do

For Caroline Igben, the black and beautiful Nollywood actress, there are certain roles she would not be caught playing irrespective of the amount of money involved.

The movie star in a recent encounter with Saturday Sun stated that her voice is her unique selling point aside from her knack for role interpretation.

“My voice and the way I speak are my unique selling points, and I can never take a role on nudity regardless the pay. I’ll accept a role if it’s a script I can execute and relate to,” she said.

The curvaceous Igben, who boasts of right curves in the right places, sees nothing wrong with her colleagues going under the knife to have her kind of body. But, according to her, she’s not a fan of liposuction.

“I know liposuction is the new trend, but I am never going to have my body done to look perfect. My body is perfect already. I do not judge those who do it (liposuction), I think the nicely done ones are beautiful but it’s not for me. But then never say never! Even if I get someone to sponsor the surgery, the important thing is if it’s something I want, and for now it is a no-no for me,” she affirmed.