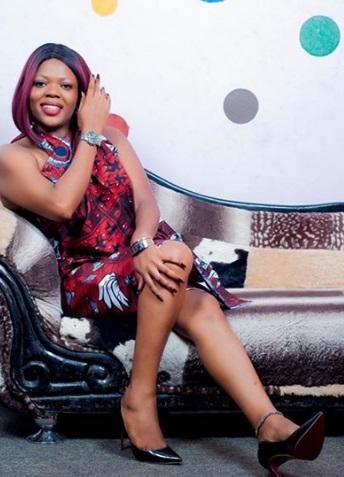 Barely a week after she held a classy birthday bash in Cotonou, promising actress, Modupeola Eniola Odunsi aka Pharadupson, who is currently one of the wave making actresses in the Yoruba Movie genre of Nollywood, has confessed publicly that she is not ready to get down with any man who cannot last more than an hour in bed.

The pretty role interpreter, whose new flick “Obsession” is currently showing on Libra TV on YouTube, said this during her birthday celebration in Benin Republic, where Yorubamoviegist.com correspondent had an exclusive chat with her.

According to her, “i am so delighted to see another year. I give God all the glory. In the last 365 days, a lot has happened, many souls have gone but God spared my life till date. My career is improving day by day. It is not by my power but it is God’s wish”.

On what marriage means to her, Eniola, who is one of the Nigerian entertainers keeping a scandal free profile, revealed that “marriage is not for everybody but it is a good thing that is expected from a reliable man and a woman. It is not something you rush into because if you make such move simply because of what people are saying or pressure from your family, my dear you will rush out. So, I want to take my time before I pick a man who will be my husband till Jesus come”.

On your last question, I am not the type who sleeps around. Many of today’s guys are not reliable. Many take drugs before getting down with a woman which I am not interested in. If you must have anything with me as a man, you must be very strong in bed. I am ready to marry a man who can satisfy me sexually, at least for an hour. That automatically gives him assurance that I won’t jilt him. It is very disheartening hearing that a married woman is cheating on her husband. One of the problems that can influence such, is when you don’t satisfy her sexually or not caring about her. I have pledged not to cheat on my husband and that is the main reason i am still single”, Odunsi explained.