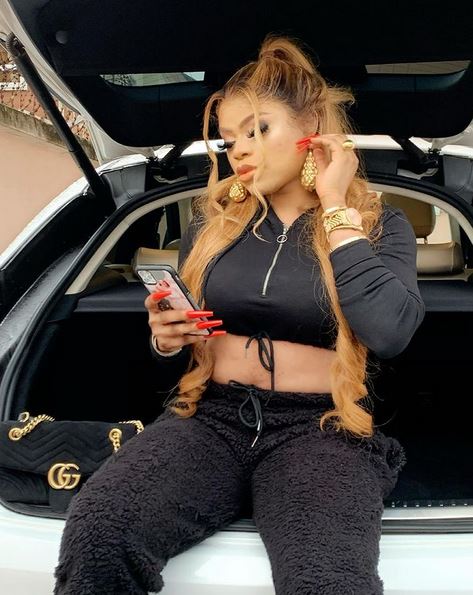 “I Collected The Female Gender From The Real Owners” – Bobrisky Brags

Controversial Nigerian crossdresser, Idris Okuneye popularly known as Bobrisky, has bragged about his wealth as he states that he has utilized the female gender more than actual women.

This is coming after many weeks of being dragged on various social media platforms by an anonymous blogger, Gistlovers alongside its followers.

Bobrisky who seems to be quite unapologetic about his lifestyle scrupulously penned the achievements he has attained ever since he began crossdressing.

Taking to his Instagram page with over 4 Million followers, he wrote:

She bought her first house three years ago in Lekki

Bobrisky is d most talk about in AFRICA

Bob is an ambassador to over 10 brands both in Nigeria and oversea.

Don’t hate be honest I tried

If easy run am too”