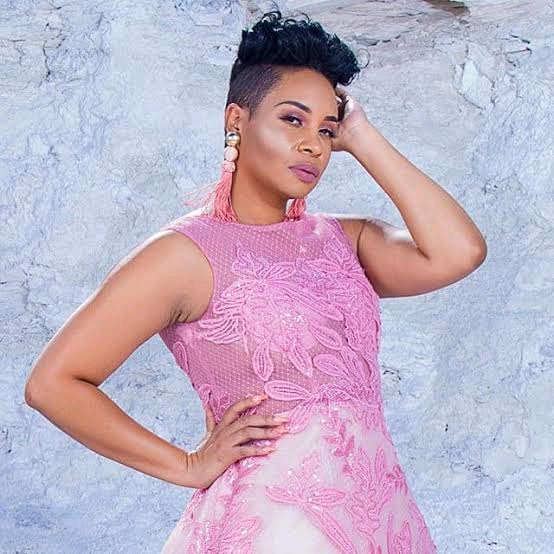 Big Brother Africa star, Pokello Nare, has weighed in on the controversial situation between ex-BBNaija Shine Ya Eye housemates, Boma and Tega.

According to the reality TV star, the Big Brother game does not favour married people.

Pokello highlighted the fact that people on the outside cannot understand what goes on inside the house.

Read Also: ‘I Was Too Young For Marriage’ – Elikem Kumordzie Speaks On His Failed Marriage To Pokello Nare

“That house is a place people on the outside will never understand. You can easily lose yourself in a way that you can’t recover from. Personally I would prefer married people didn’t go into the house. It either limits how you play the game or the environment will deceive you into conforming to the ‘status quo’ in a bid to not appear too rigid or ‘less entertaining.’” 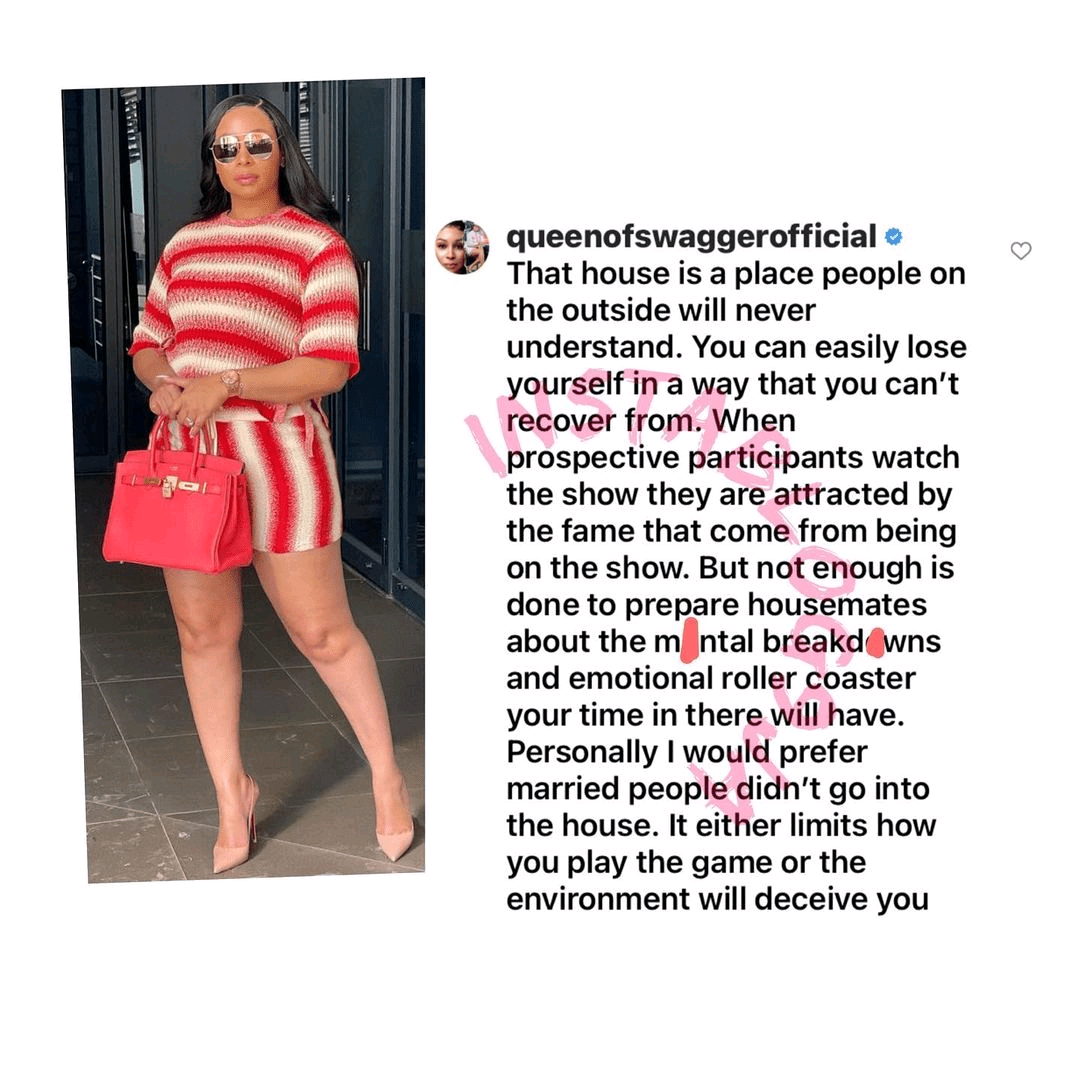 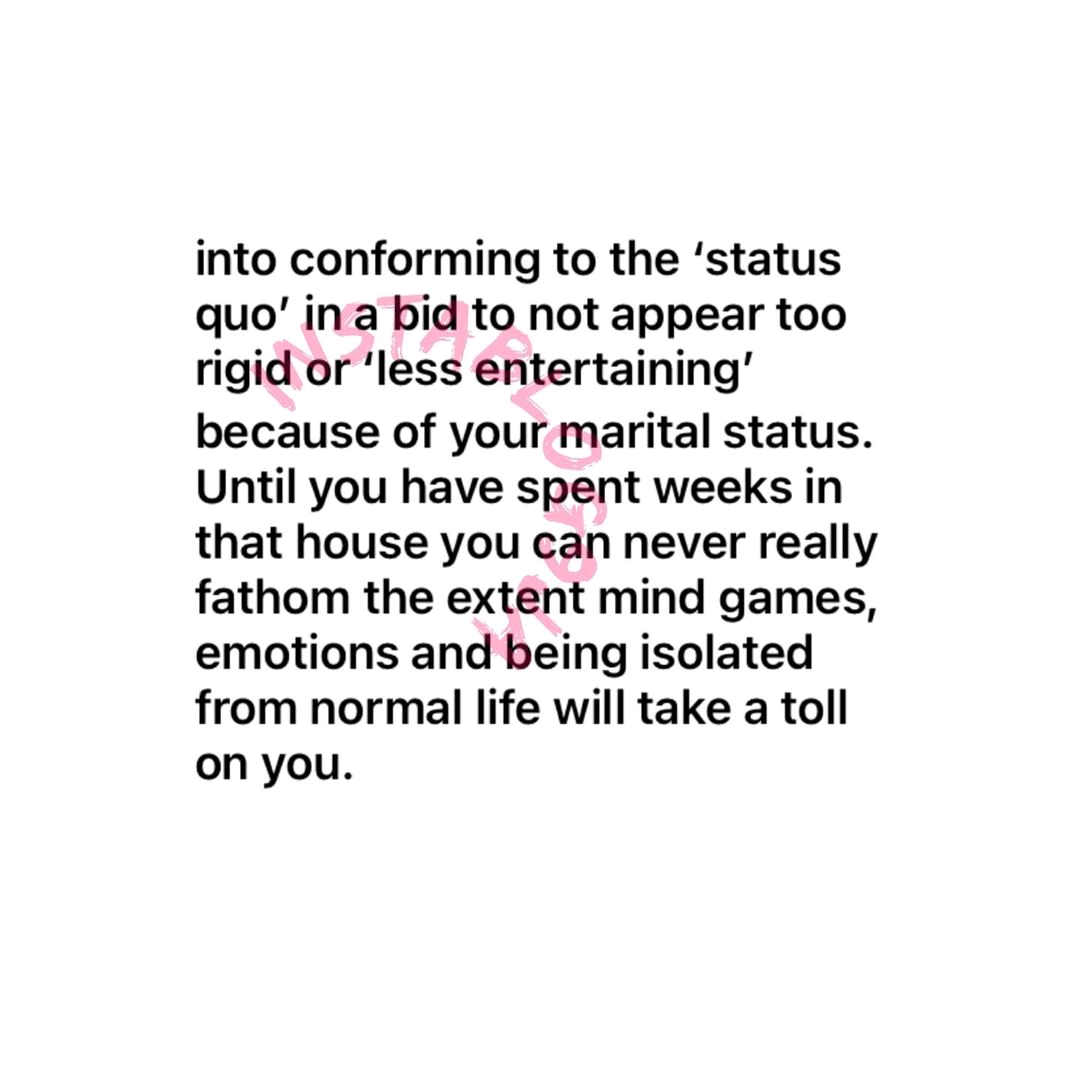