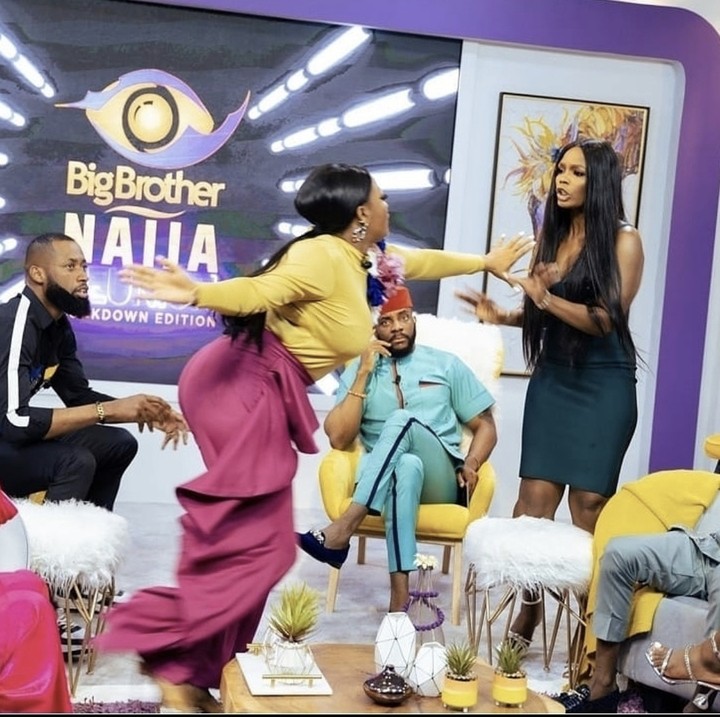 BBNaija star, Lucy Edet has broken her silence after fighting Kaisha during the reunion show.

Recall that Kaisha and Lucy were engaged in a physical fight after the former accused the latter of disrespecting her mom, she then threw the pillow at Lucy which started the fight.

Taking to Instagram to share dazzling photos of herself after the prerecorded show was broadcasted on TV, Lucy reminds trolls why they should stop coming for her.

“When I tell trolls to stop testing me! Now y’all know why! I don’t have patience for rubbish! Ok good night!” she wrote.

Oh her part, Kaisha took to Twitter and wrote:

“if you disrespect my mum consciously or unconsciously you will see craze period!! My family over everything..”