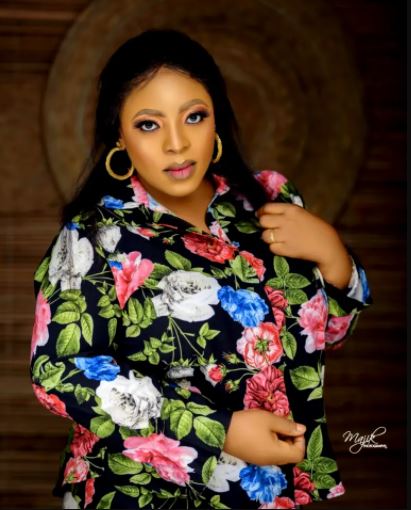 I Dread Acting As A S*x Worker — Nigerian Actress, Joy Igboanugo Opens Up

It is believed that a good actor should be able to kill any role given to them.

That is the norm and it is a fact Nollywood actress Joy Igboanugo Eze a.k.a Dubbymama is well conversant with and in fact has never been found wanting of. But we all have little fears even though we could go the extra mile in the line of duty.

“I love to interprete a lady or a mother character and I dread acting as a s*x worker or anything related to it. Depicting anything that has to do with s*x or s*xual personality scares me. I’m not saying I won’t do it but it has to go with certain conditions,” she told Potpourri in a chat.

Dubbymama has seen all the bad, the ugly and good moments in her life in Nollywood. She said she’s not a judge over anybody and what they do on social media or in their private lives.

“My opinion about women flaunting their s*xuality is that it is their choice. Whatever they do on social media and we can’t decide their actions but I am not in support of it and do not encourage women and ladies,” she offered on the rising immorality on social media.

On the question of ‘runs girls’ taking over the movie industry and using social media as a medium to display their wares, Dubbymama said they won’t last in the game

Joy Igboanugo Eze is a married woman. She attenbded such institutions like University of Nigeria Nsukka (UNN), Rivers State University of Science and Technology (RUST) and Nigerian Teaching Institution (NTI). Some of the movies she has featured include; Blood War, Seventh Order, Cab Ladies, Strange Sisters, London Hustler, Family Yoke, King bombshell and many more.