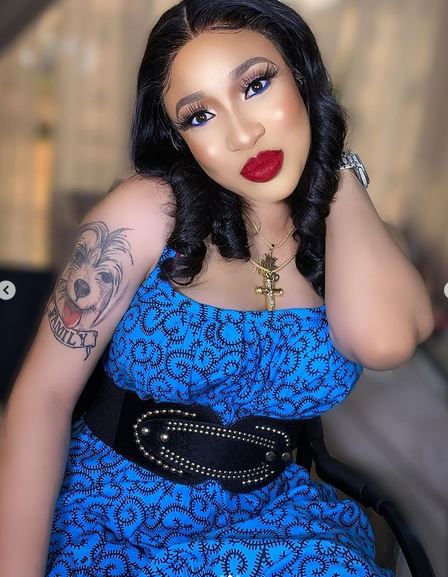 I Just Don’t See Myself As Actress Anymore – Tonto Dikeh

This is coming after Tonto Dikeh was announced the running mate of Tonte Ibraye, the Africa Democratic Congress (ADC) governorship candidate in Rivers State.

The single mother on an Instagram live said the reason she opted for politics while her acting career takes the back seat was because she doesn’t see herself as an actress anymore.

”You just evolve, you want different things for yourself, just like I did some couple of movies, I think two movies in the past year, one last year and one this year, I mean not to say I can’t do things like that but to be active in the industry like I used to is not a possibility, it won’t let me be a mum and I can’t jeopardize and I can’t compromise that for anything in the world”, she said.

On how she would be able to combine politics and being a mum, she stated that it is a known fact for women to be skilled with the act of multi-tasking adding that she runs five companies and does not have a nanny.

How I Got Signed By Olamide
Jemima Osunde, Neo Akpofure Sparks Relationship Rumours
I Didn’t Endorse Buhari In 2015, Rejected Osinbajo’s Offer – Femi Kuti
No Comments Yet Drop a Comment