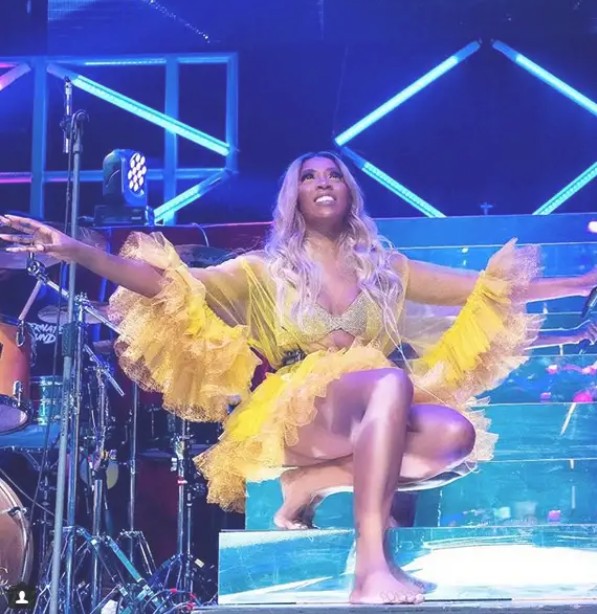 I Just Want To Catch Fun, Body No Be Firewood – Tiwa Savage

Tiwa Savage is out here letting you all know that nothing is stopping her from being rich, successful and definitely staying sexy. Tiwa revealed this as she performs on stage during her Savage Tour.

According to her, people tend to judge her a whole lot. She says that she never wants to be controversial rather just wants to live her life as a Nigerian woman and an African woman. She also shared that she still wants to have fun and stay sexy.

You know they judge me a lot right? They misunderstand me a lot. I don’t want to be controversial. I just like the shorts. I don’t know what their problem was with my bum bum out. I don’t want you guys to judge me, I just want to live. I just want to live as a Nigerian woman and an African woman so that I can be rich, I can be successful. I can still have a little fun because body no be firewood and I can do all of those things and still be sexy AF!

I Have No Problem With Mercy Aigbe
“Get The Sax, Make Some Music” – Wizkid Replies Seun Kuti
Alleged Rape: Baba Ijesha Recruits Two SANs As Defence
No Comments YetDrop a Comment