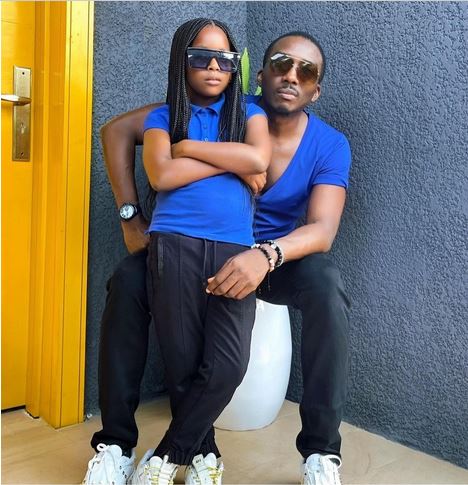 “I Never Wanted A Girl Child” 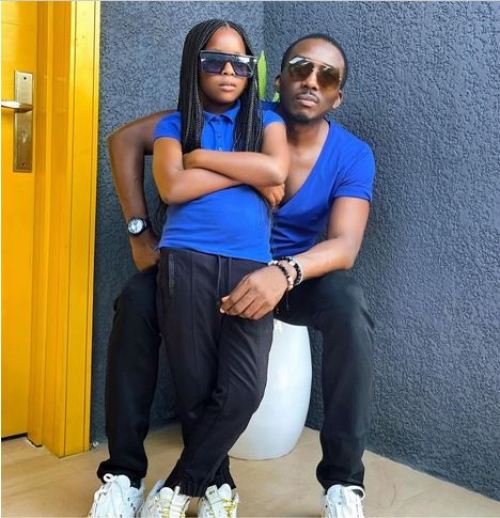 Bovi and his daughter

Popular Nigerian comedian, Bovi has revealed that he never wanted a female child.

He made this known on Instagram while sharing photos of him and his daughter in matching outfits.

The father-of-three, two boys and a girl, captioned the photos: “I never wanted a girl child, actually!” 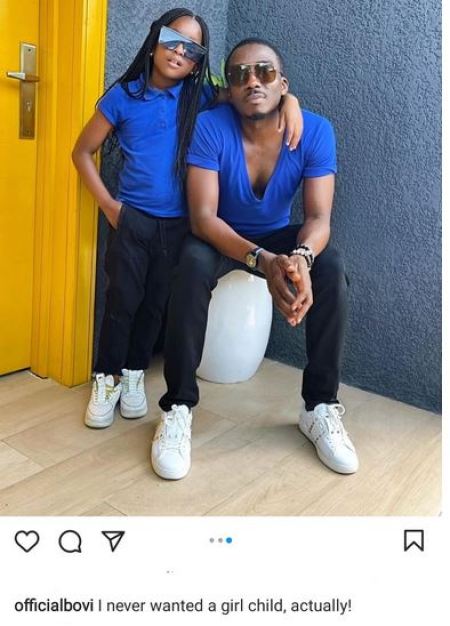 His wife, Kris, responded, saying that God showed up despite all his threats of “girl no dey our family”.