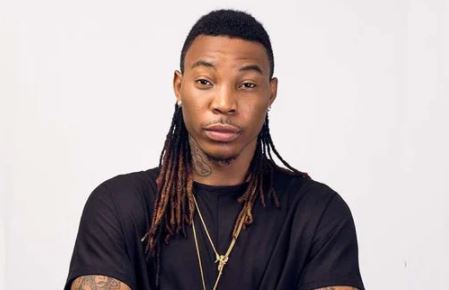 Joshua Iniyezo, the Nigerian singer who is popularly known as Solid Star, surprised many when a video of him fighting with a cab driver on the street surfaced on the Internet. In the course of the scuffle, Solid Star broke one of the cab’s windows with his foot.

However, in an interview with Saturday Beats, Solid Star stated that he had been unhappy with the negative comments that trailed the incident.

He said, “My management is ready to buy a new glass to replace the one that was broken during the scuffle. However, that driver ran away with my phone. I am still looking for him in order to get my iPhone because I have so many documents on it.

“Since the news of the incident broke, I have tried my best to take my mind off it. I have not been happy with some negative comments which followed the event. I apologise to everyone, especially my fans, concerning the incident.

“I was in a hurry to get to the airport and the cab driver was delaying me. I was so concerned about not missing my flight. I am not a violent person and I don’t have anger issues. The cab driver stopped the car for no reason, yet he didn’t find an alternative for me. He was about to leave me stranded while I was running out of time to catch my flight.”

The singer also stated that he had not released a song for some time because he was trying to sort out some personal issues.