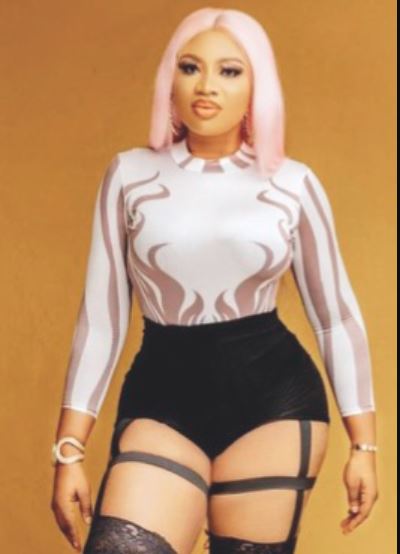 I Regret Marrying The Wrong Man, But… – Actress, Onyinye Okafor Opens Up

Nollywood actress, Onyinye Okafor has revealed that she regrets getting married to the wrong person.

According to the fair-complexioned, divorced mother of four, “Looking back, I don’t have any regrets because everything that God does is beautiful. The only regret I’d have had would be wrong marriage, but it still helped me to be who I am today.”

The leggy thespian further opened up to Saturday Sun about her experience in the movie industry.

“I am a proud mother of four lovely boys. I have also had lots of challenges in Nollywood. Some producers will tell you that if you don’t sleep with them, you won’t amount to anything in the industry. I was asked to have sex with them in exchange for movie scripts many times, and I did not do it! It is not something you come to say somebody did this or that to you.”

However, Onyii, as she is fondly called, lambasted her colleagues for bringing their private issues to social media.

“He or she who feels that washing his or her dirty linen outside is the best thing should continue. For me, it’s not my thing. I let you see what I want you to see. You cannot know too much about me because I’m not comfortable with that. It is crazy and it’s not a good idea. I don’t know why people do such stupid and crazy thing.”