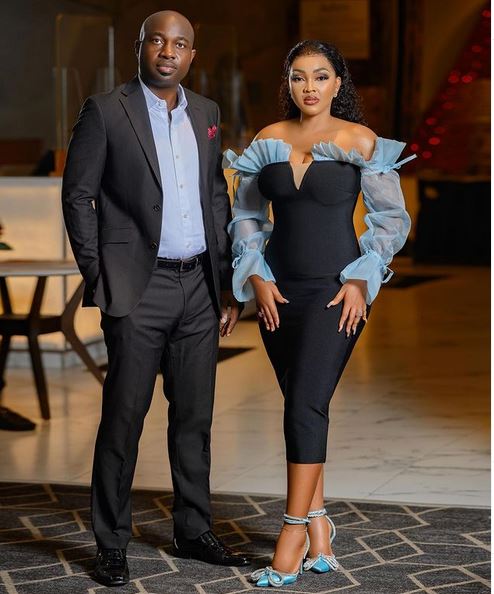 Popular Nigerian actress, Mercy Aigbe has refuted claims of being chased out of her new husband’s house.

Recall that the actress was alleged to have been kicked out ahead of the arrival of her husband’s first wife.

Controversial Instagram blogger, Gistlover had alleged that Mercy Aigbe’s husband, Adekaz had built his house with his first wife and that although she stays overseas, she visits Nigeria every now and again.

The popular actress has now opened up to Tosin Silver, a blogger, saying that she hasn’t moved anywhere and she’s still in Adekaz house.

“It’s a BIG lie jare, It’s not only pack out is pack in, wo Tosin, everyone can believe whatever they want to believe, I am busy chasing money. I tanda gidigba for my bubby’s house”.