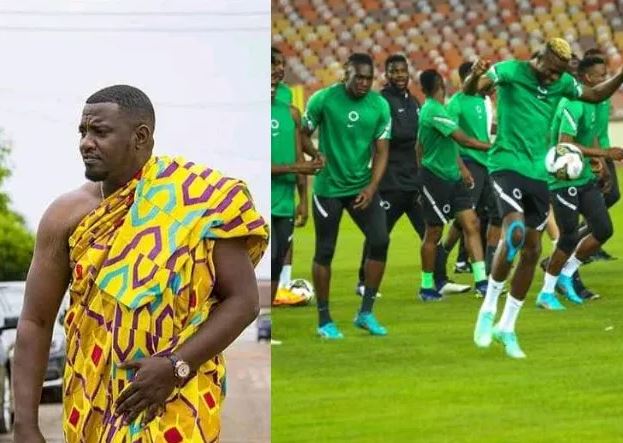 Recall that prior to the the kick-off of the first leg of the game, John had pledged to walk barefooted from Accra to Lagos if the Ghanaian team lose to the Nigerian side.

The first leg however ended in a 0-0 draw in Ghana’s home and yesterday, 29th March the second leg which saw Nigeria’s defeat was played.

Black Stars secured a vital spot in the 2022 World Cup due to a crucial away goal scored by Thomas Partey.

Watch the video he shared below;