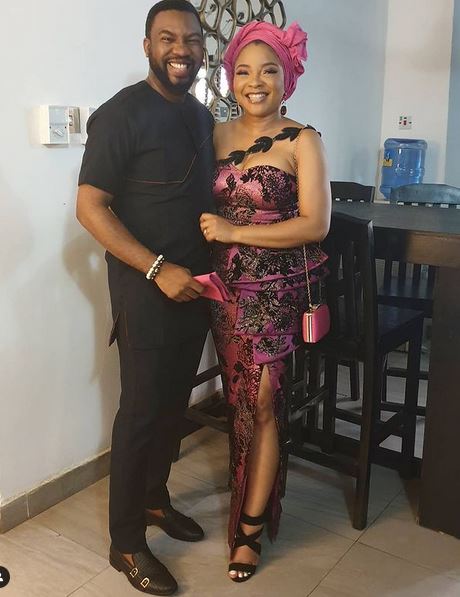 Ibrahim Suleiman Reveals He Felt His Wife, Linda Ejiofor Was Out Of His League So He Friend-zoned Himself

The pair starred in the Nigerian soap, Tinsel, and Ibrahim said that he was a clown for thinking such.

Nollywood actor, Ibrahim Suleiman has revealed that it took him months to realise that his wife, Ihuoma Linda Ejiofor was in love with him.

The pair starred in the Nigerian soap, Tinsel, and Ibrahim said that he felt she was out of his league.

He said because of that, he friend-zoned himself.

He called himself a clown for thinking such.

The couple are now married and have a son.