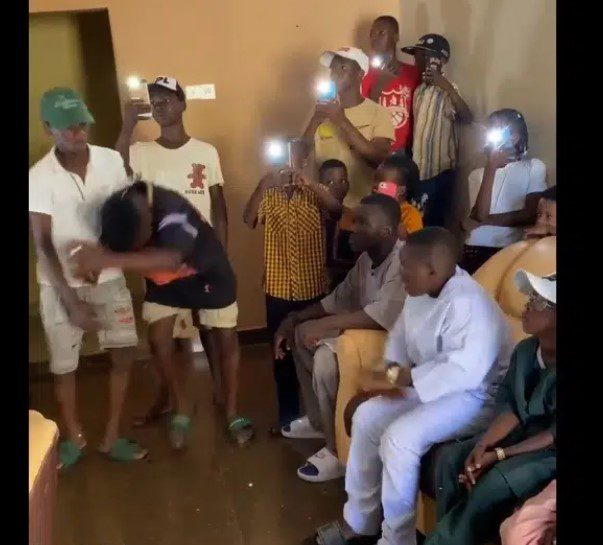 Ikorodu Bois who are famous for recreating videos have recreated the moment the governorship candidate of the Peoples Democratic Party, Ademola Adeleke celebrated his victory in the July 16th, 2022 governorship election.

Recall that the former lawmaker defeated the incumbent governor and governorship candidate of the All Progressives Congress, Gboyega Oyetola.

The incumbent governor of the state who was defeated in the election gathered 375,027 votes, while Adeleke polled 403,371 votes to win the election.

The Ikorodu Bois in a video posted on their Twitter account on Monday showed the moment Adeleke was anxious for the Independent National Electoral Commission (INEC) to declare the result.

The group also showed how a replica of Adeleke who was dressed in white prostrated for his elder brother after winning the governorship election and how he took out time to express his dancing skill.