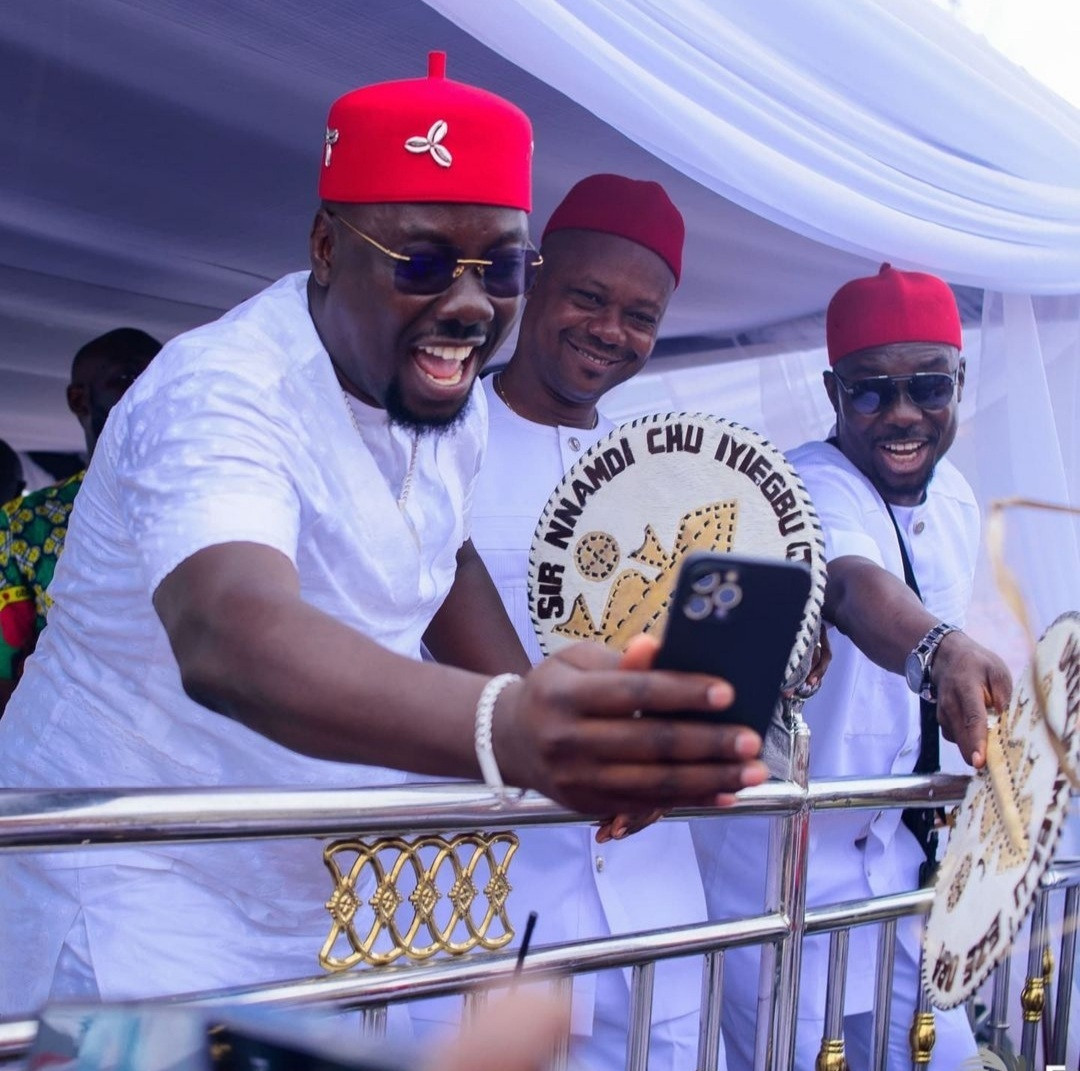 “I’m the Last of the Males,” Obi Cubana Says As He Shows Off His Elder Brothers 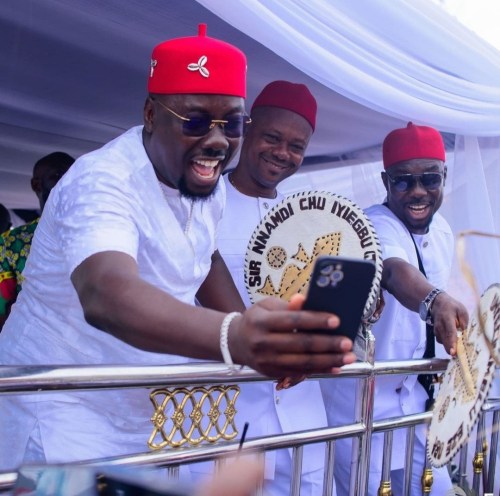 Nigerian businessman and socialite, Obi Iyiegbu aka Obi Cubana has showed off his elder brothers.

This is contrary to popular belief.

The billionaire has revealed that he is the last son of his parents and the second to the last child.

He made this revelation while showing off his elder brothers.

Obi Cubana’s name was on the lips of most people before, during, and after his mother’s burial, giving some the impression that he’s the first son. But he has said this isn’t so.

He revealed that his parents gave birth to 5 children, 3 sons and 2 daughters, and he’s the 4th child and last son.

He showed off his brothers – the first son named Sir Nnamdi Chu Iyiegbu and the second named Ike Iyiegbu. 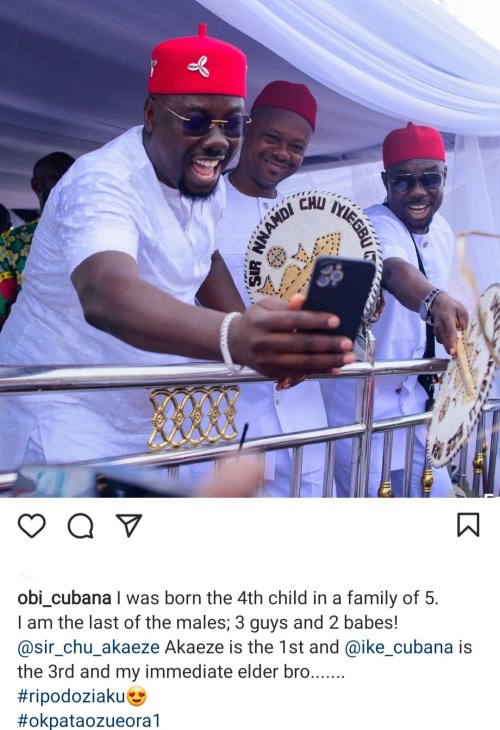