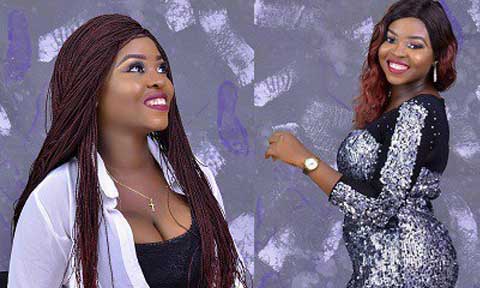 Include Romance In Your Working Ethics – Actress Opeyemi Adetunji Advise

Nigerian Nollywood actress Opeyemi Adetunji has revealed the length she can go on set and don’t that are embedded on her acting ethics as she cannot accept all roles.

Many actors and actresses in the movie industry go the extra length to interpret their roles for the sake of entertainment but they are also many that have a boundary to how far they can go.

Speaking about acting romantic scene, the actress said she can do that but not go unclad and the highest she can take is kissing that any thing more than that is a big no.

In her words, she said: “I can act a romantic role, but I cannot go n-d- on set. I cannot allow my b–bs to be touched in a movie .Kissing is my limit when it comes to playing such roles”.

Romance is now in high demand, as that is the most sold brand in today’s world that we live in. so as a script interpreter if you want to be invoke in the industry then you must be able to include this in your working ethics.