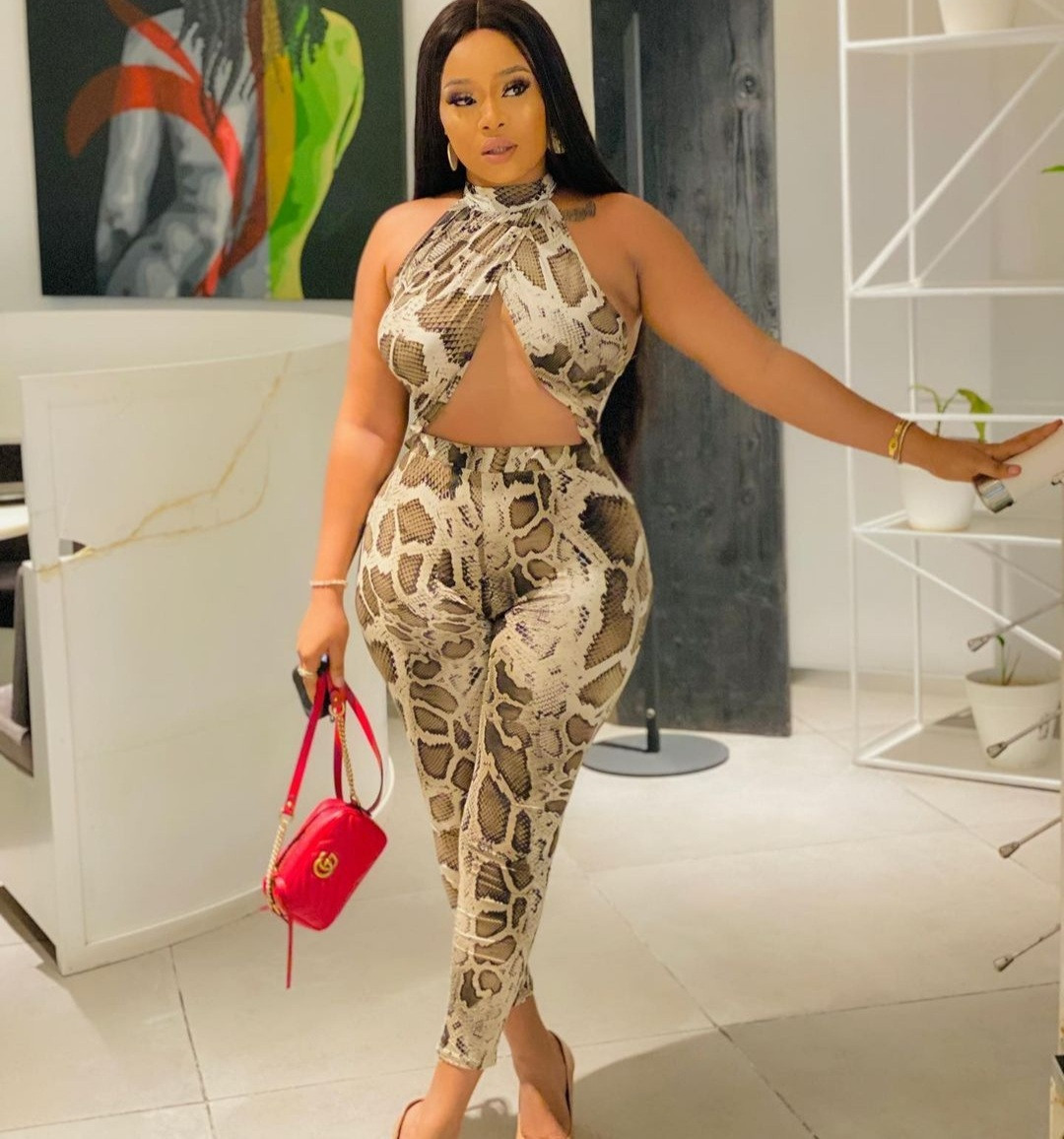 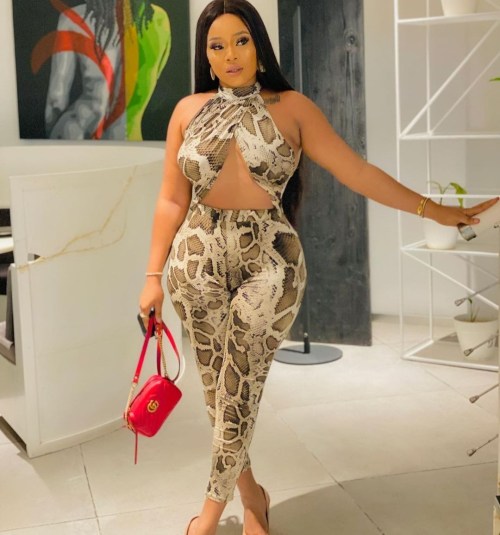 According to her, it is a sin for a broke man to ask her out or say he is in love with her.

The actress made this known via her Instagram Stories, adding that a broke man is a leach.

She wrote: “It’s a sin for a broke man to say he is in love with me. .! Like how? I hustle because I don’t wanna be broke.. It’s okay to just trip from a distance!!!.. The goal is two hustles. Not a hustle and a leach biko. Onyi says.” 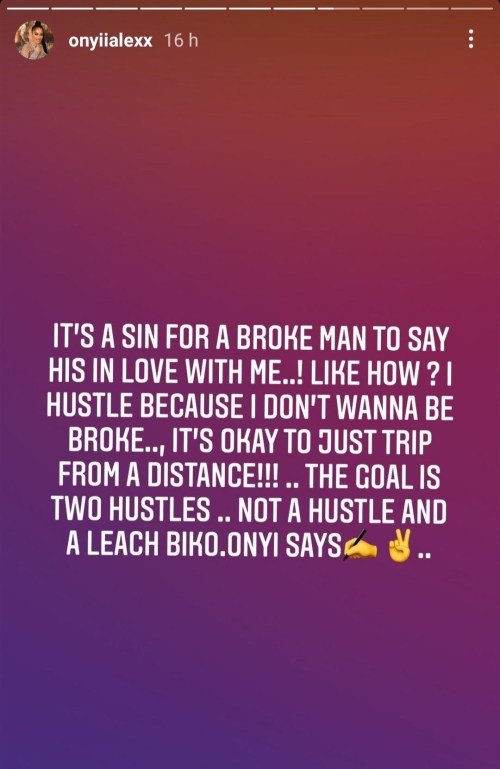