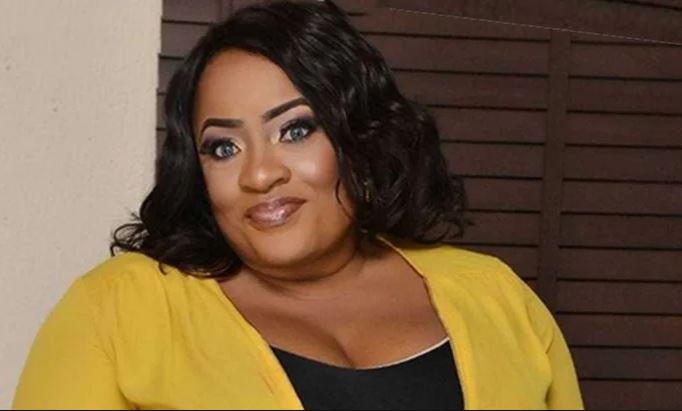 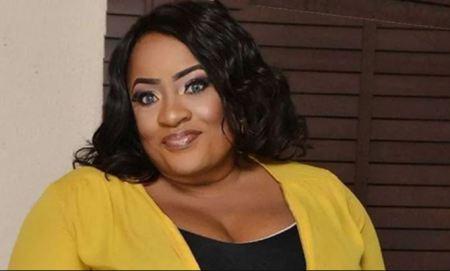 Foluke Daramola- Salako, the popular Nigerian actress and philanthropist, and her husband, Kayode, have reacted to viral online reports claiming their marriage is troubled, in this interview with MOBOLA SADIQ

What’s your response to the unhealthy rumours about your marriage?

I feel so terrible and frustrated when in a society, the only thing we ever want to read about and celebrate is scandal and marriage break-up. I don’t know why some people are just devilish and may be depressed to the extent they feel that there’s a need for them to just sit somewhere and write rubbish at the detriment of someone who has been building her name for a long time. They want to dent my image without thinking of the repercussion of their actions. I think that we’re in a very terrible society where we only celebrate negativity and scandals. I don’t know why some disgruntled elements will just feel a need to want to continue to rubbish and drag my marriage in the mud. It is so preposterous and annoying.

Do you plan to take any legal actions?

I am not taking it lightly, but my husband and I would work on it. Some persons have been going about writing these things but we intend to put an end to them. If such disgruntled elements in the media space are not dealt with according (to the law), then this mess would not stop. They will continue to be a bully and an evil to society and even to celebrities. I’ll definitely not take it lightly like it I did in the past. I’ve refused to grant an interview to some other platforms that have reached out to me, but my husband and I decided to grant this interview to PUNCH due to the paper’s pedigree.

Will you say this is part of the price of being a popular actress?

Unfortunately, it is a price to pay for being a celebrity in this part of the world. I grew up understanding the culture and sanctity of marriage. I grew up understanding the reason why one has to be responsible to be in a man’s house. I understand that’s the culture in Nigeria. But in recent times, I found out that there are disgruntled elements who are hell-bent on spoiling a good name for whatever reason. This type of pressure is a bitter sacrifice for an actress like me. When you experience such, even if one is not thinking about breaking up one’s marriage, one might be pressured into doing the wrong things. However, I would not be involved in such an evil conversation. Interestingly, I’m a very resolute and strong-hearted person, and when I have made up my mind about something, especially when my spirit tells me that I am in the right direction, fickle-minded people cannot shake me.

Your husband has a political ambition; do you think the reports were targeted at him?

My husband has chosen his path in politics. I have always been in politics either consciously or unconsciously, but the truth of the matter is that you cannot eliminate that as well. However, I feel that there is more to it than meets the eye. I don’t know and I don’t care if this is the handiwork of a set of people, but to a large extent, politics might have an input in it. I don’t have the facts; it’s just my insinuation at work. I guess it is only the rumour-mongers that can answer this well. Nonetheless, I believe that my husband is heading to the top because he’s resolute and passionate about his political ambition. These distractions will come and go like a wind that blows away.

You’ll be celebrating your 10th wedding anniversary soon, what are the things that you have learnt in marriage?

It’s been a journey, not minding the fact that this is my second marriage. I have learnt a lot, most importantly tolerance and love, and (to) believe in the best of your partner. I can say categorically that I’m a fulfilled woman, and I think I am more mature now. Marriage is a progressive journey; one doesn’t sit back and expect everything to be all rosy. Wedding is just paparazzi, marriage is hard work and there must be determination for it to succeed. I’m an advocate against all forms of abuse at any level, be it in marriage, parenting, or elsewhere. In marriage, there are bound to be differences between individuals, but if a couple understands the principles for which they are married then they will surmount whatever challenges come their way. Love conquers all, according to the holy book. A woman has to see her husband as her son or brother and understand him. At least our parents sustained theirs (marriage). I believe that tolerance is the bedrock of a marriage.