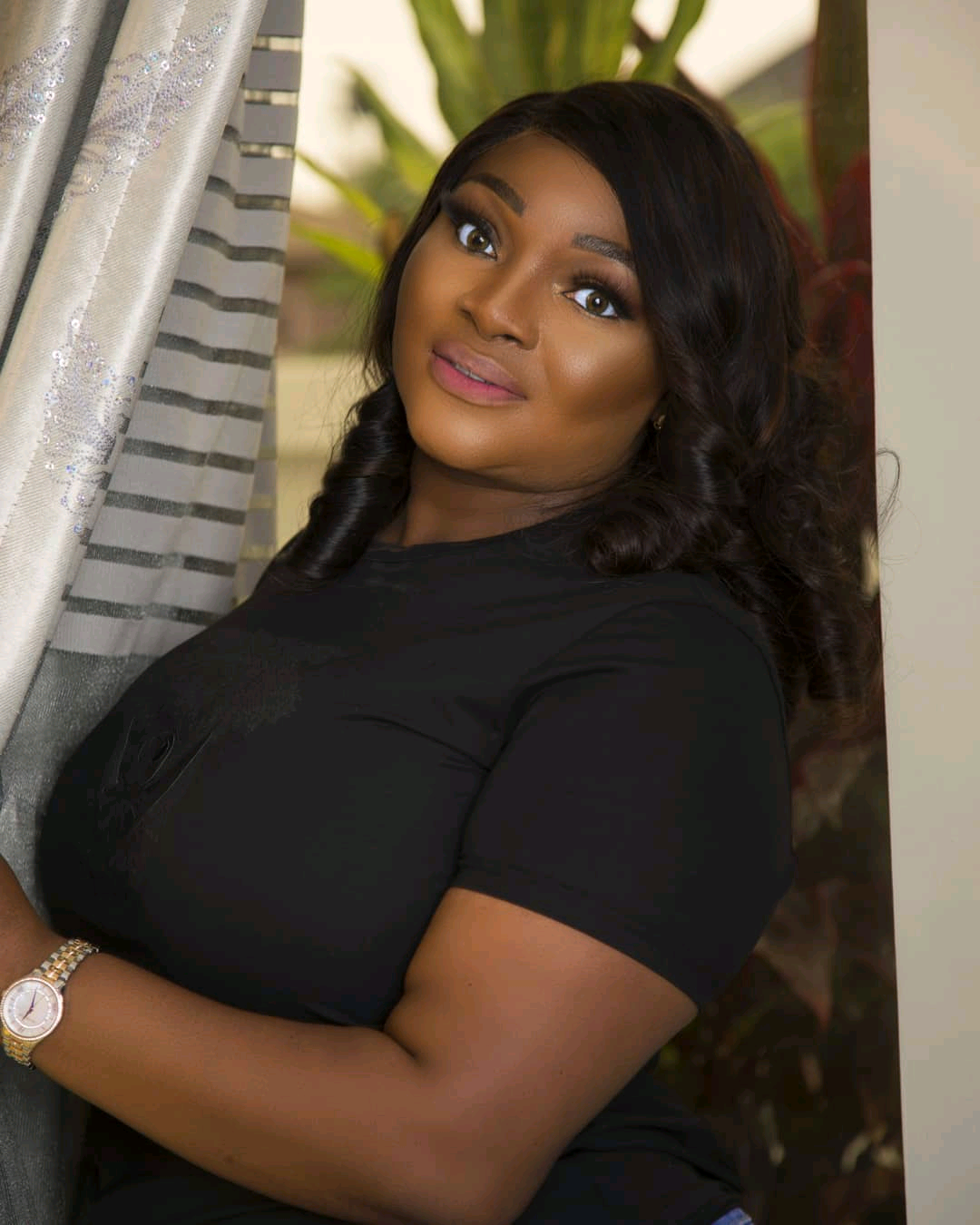 Fast-rising Nigerian actress, Chioma Okoye, has bared it all in a recent interview with Saturday Sun.

The lightskinned movie star touched on the roles she can’t play no matter how much she is offered as well as sexual harassment in Nollywood.

“There are some roles I would not take no matter the amount of money attached to it. I can’t act being naked in any form or being kissed horribly. I am not saying I can’t get kissed because that’s mostly what they act these days, but such scripts should be given to me days or weeks before acting. Also, I can’t act inside a coffin or allow my photo to appear on obituary posters because I am still alive.

The major challenges I have in Nollywood are sexual requests from randy producers. They come indirectly but I am no longer a child, I should be able to tell what a man wants. Asking you to be his girlfriend while also asking hundreds of girls at the same time is to me a terrible thing. So, copping with sexual harassments has not been easy at all. My stay in Abuja was hell, it’s like everybody wanted the same thing. At a point, it became a prayer point for me that people should see the real me and nothing else. I don’t need just a man or husband, I need a best friend, someone that will love my family as his own, especially my dad.”