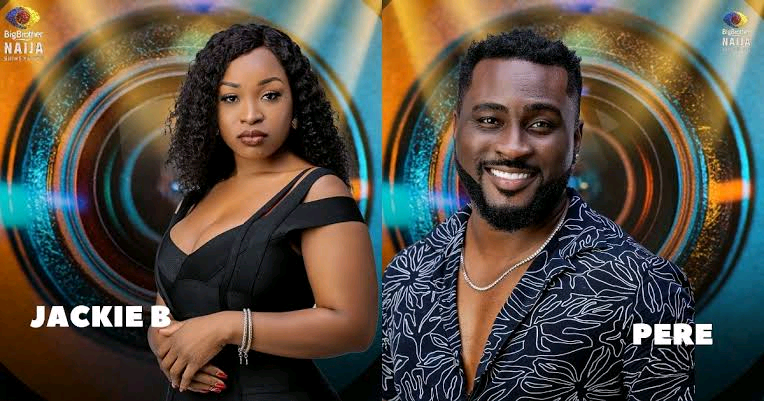 BBNaija Shine Ya Eye former housemate, Pere, recently said wonderful things about his co-star, Jackie B at an event.

“Charisma. Attitude. Finesse. Sophisticated woman. Jackie B was unlike the other female housemates. Much respect to them but Jackie B is extremely different. She carried herself with so much poise, respect, self respect, unwavering strength, and if to say I no get babe ehn, I swear, I doff my hat,” he said.

Read Also: Why I Spent N4m To Get My Teeth Done – BBNaija’s Pere