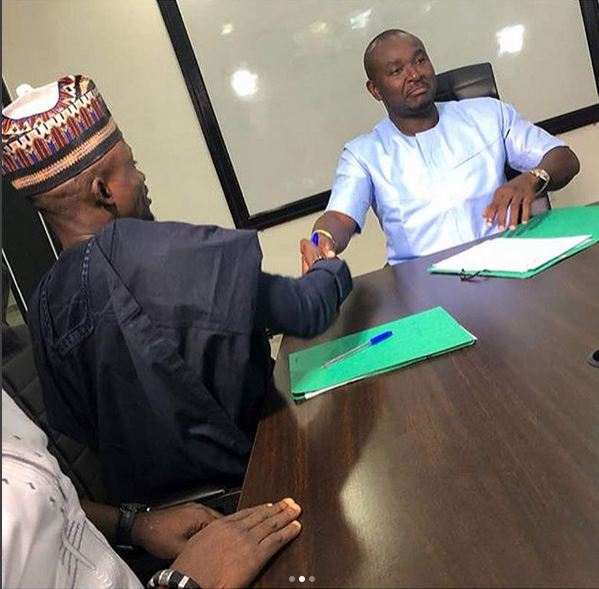 Few weeks ago, Nigerian actor, Jigan became an internet sensation when an hilarious video of him made rounds on social media. This video drew people’s attention to the man behind the joke who has been in the industry for years now without being recognized.

Soon everyone wanted to have a skit up using his tagline #Sheyomoagemini some even went as far as making clothes and face caps that has the tag lines. Other celebrities like Femi Adebayo, D’banj, Davido, Dr SID, Small Doctor, Tobi Bakre, Faithia Balogun, Liz Anjorin and lots more also joined the trend.

Looks like this has catapulted Jigan to great things aside from becoming popular in a quick sweep, Jigan, yesterday was made the brand ambassador of popular online football game Naira Bet 9ja.