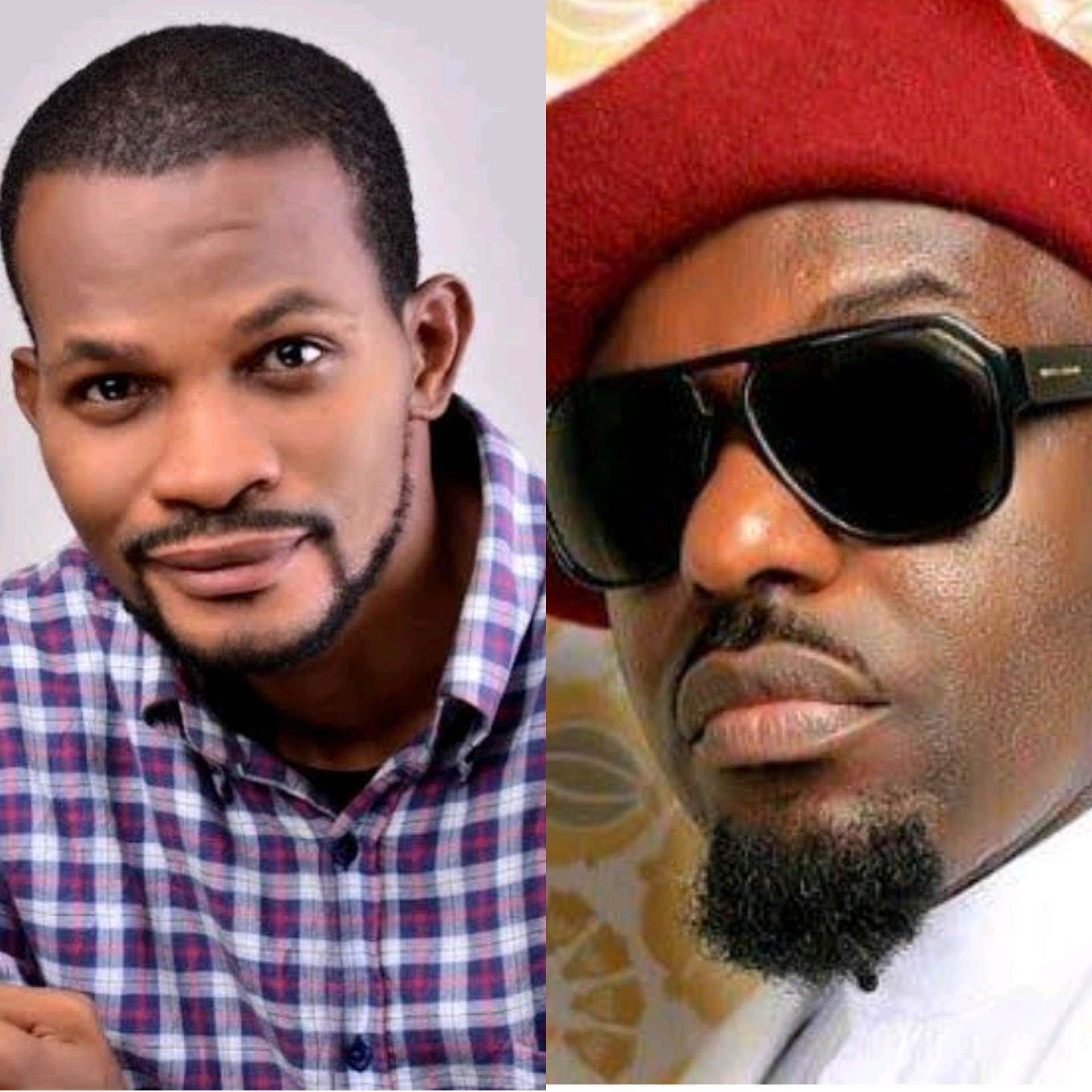 Nollywood actor, Jim Iyke, has been captured on camera in a physical fight with controversial actor, Uche Maduagwu.

In the video clip making the rounds on social media, Jim Iyke is seen telling Maduagwu that he thought he would not be able to find him but he was mistaken.

Maduagwu asks Jim how he knew of his whereabouts. Maduagwu then uttered that the EFCC are hunting for Jim and would soon come to take him away.

Jim lost his cool and raised his leg up to hit Maduagwu as he battles those standing with him to let go of him so that he can fully face the controversial social media commentator.

Maduagwu retaliated by shouting that he would sue Jim. This further infuriated Jim who went after him to hit him even more than before.

This video comes days after Maduagwu called Jim Iyke a ritualist on his Instagram page.