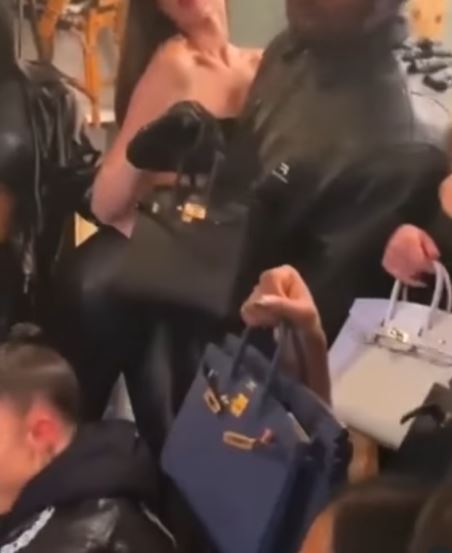 Billionaire rapper and fashion mogul, Kanye West went all out for his new girlfriend, Julia Fox as she celebrated her 32nd birthday.

The rapper gifted the actress and her friends Hermès Birkin bags in honour of Fox’s 32nd birthday.

He reportedly gave out a total of five Birkins, which start at around $10,000 each.

Kanye was seen with Julia and her friends as they posed with their new Birkin bags at New York City hotspot Lucien.

The rapper who had flown into New York specifically for Julia’s birthday, will be flying back to Los Angeles to finish his new album.

Watch Julia and her friends posing with the Birkin bags;