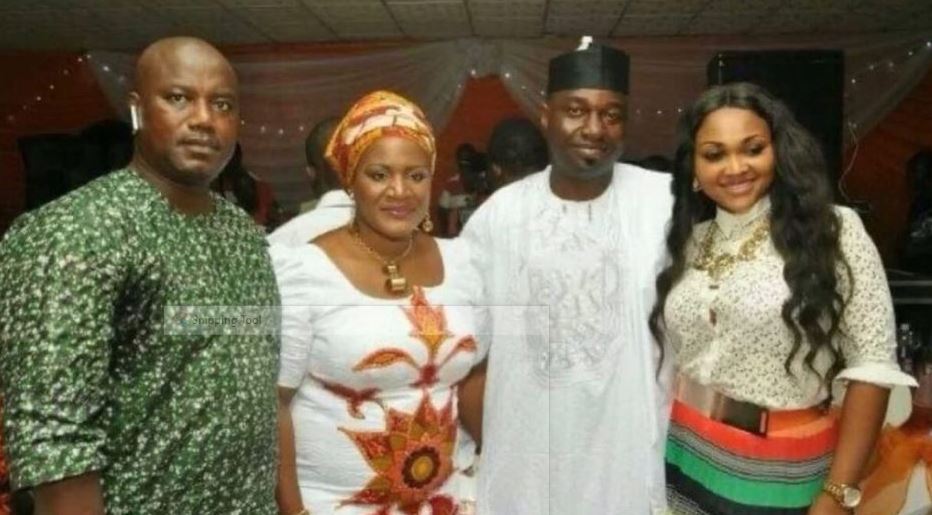 Kazim Adeoti Not My Friend

Mercy Aigbe’s ex-husband, Lanre Gentry has confirmed that he was never friends with the actress’ new husband, Kazim Adeoti but found out they were in a relationship during their time as a couple.

The businessman said this in an interview Global Excellence Magazine published on Monday.

During the interview, Mr Gentry said Mercy introduced Kazim to him as a movie marketer who desired to invest in marketing in Nigeria. He also alleged that Mercy had an affair with Kazim while married to him.

Speaking further, Gentry said that Mercy and Kazim’s wife were close friends and it was through the latter that Mercy got close to the husband.

According to the chairman of Laveronique Hotel, Mercy brought Kazim also known as Adekaz to him through the wife Funsho who was her friend and pleaded for permission to help Adekaz in setting up his movie marketing outfit because he was new in the business.

He said: “My wife brought him to me. She told me that he just returned from America and would like to go into movie marketing. When the man came back from America, he showed interest in investing in film marketing and, I think, some people recommended my wife to him as someone who could help.

“Because my wife was already a movie star, I agreed that she should be working with Adekaz in order to help him through the business stages. That is how, I am sure, their relationship started.”

When asked why he did not raise an alarm over his suspicion of the alleged affair, he said; “I’m a man of integrity and I’m not lazy. Why would I be suspecting my wife of going out with men? She owns her life.”

However, he claimed that he later found out that Mercy was sleeping with Adekaz.

“Naturally, I don’t react to rumours. But when I eventually confirmed that she truly was having an affair with Adekaz, the crisis in our home began. So, I asked her to leave my home,” he said.

Mercy left her marriage to Lanre in 2017 over allegations of infidelity and domestic violence.