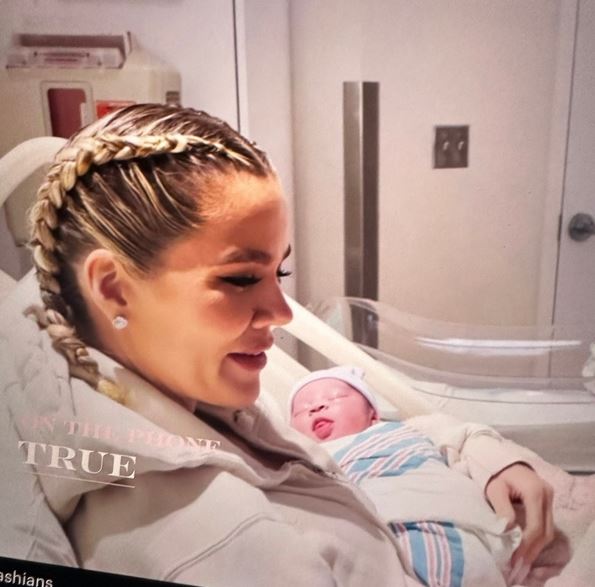 They shared the first glimpse of their baby boy on The Kardashians reality show.

Recall that the couples welcomed their second son on August,5, 2022, when Khloe confirmed she got him through a surrogate mum.

The Good American CEO shared the first glimpse of her adorable newborn on the season two premiere of The Kardashians, which dropped on Hulu in September.

The mother of two claimed she was thrilled by the latest addition to her family, adding that it’s been a dream come true for and her 4-year-old daughter, ​True Thompson.

At the end of the emotional episode, Khloe arrived at the hospital and was in the room as her surrogate gave birth to her and Tristan’s baby boy.

She said, “I am so grateful, it’s such a beautiful gift that we’re able to have.”

“True is old enough that she can really help out and be involved with feedings and diaper changes. She is loving being a big sister.

“She loves watching her and seeing her in this new role, I feel so blessed she was able to give True a sibling.”