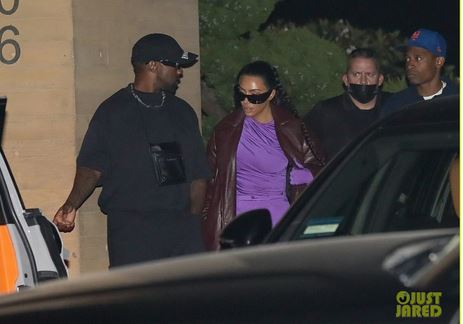 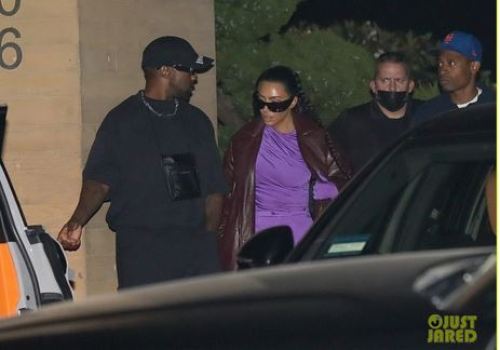 Kim And Kanye Go On Dinner Date With Friends Amid Divorce

Reality star, Kim Kardashian and rapper, Kanye West were spotted on a dinner date with their friends amid their ongoing divorce on Thursday night, September 30, in Malibu, California.

The 40-year-old reality star and the 44-year-old rapper were seen leaving Nobu after grabbing dinner.

For their night out, Kim sported a bright purple bodysuit paired with a maroon leather trench coat while Kanye wore an all black outfit and black baseball hat.

Kanye was then seen getting into the driver’s seat as Kim sat in the passenger seat while they left the restaurant with their friends in the backseat.

Kim filed for divorce from Kanye back in February after nearly seven years of marriage. Together they share four kids – North, 8, Saint, 5, Chicago, 3, and Psalm, 2.

But it seems the couple have been working on coming back together as Kim shocked fans when she joined Kanye on stage wearing a wedding dress at Kanye’s Donda listening event in August. 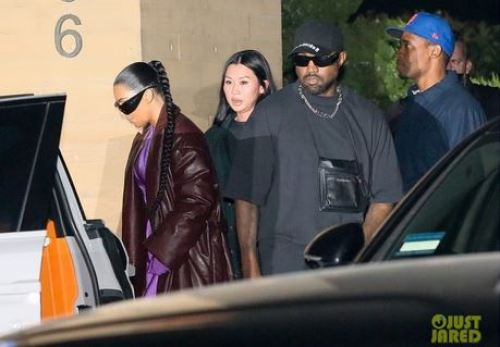 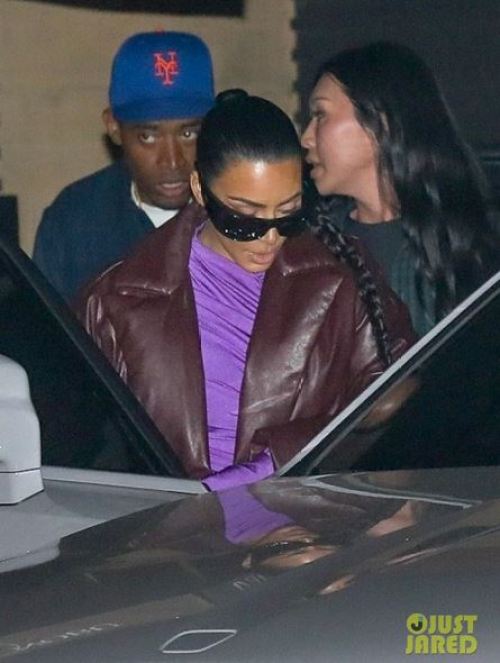