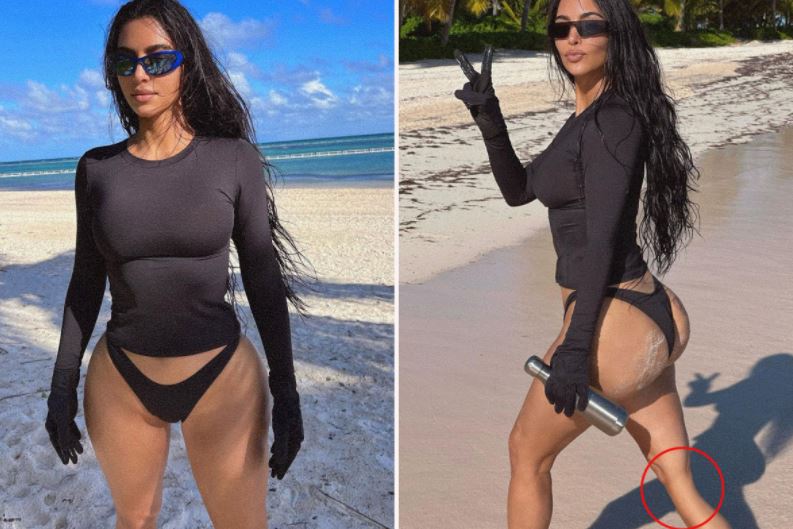 Reality star and businesswoman, Kim Kardashian has deleted one of her photos on Instagram after she was dragged and accused of photoshop.

The reality star and mother of four, 41, recently shared a gallery of swimsuit-clad images from her recent Bahamas getaway with her new boyfriend,  Pete Davidson.

However, eagle-eyed followers were quick to notice that her back leg looked distorted in one image.

As fans began to flock her comment section, Kim was quick to delete the post and reuploaded the gallery without the picture in question. The image was later shared to a fan page, with a lot of comments left under the image.

Kim’s Photoshop fail comes after she was forced to deny the existence of a second s3x tape with her ex Ray J, when Kanye West claimed in an explosive interview that he retrieved the footage and returned it to his estranged wife last year.

Kim, who shares four children with Kanye, dismissed the notion that any further sexually explicit content even existed in a statement to Page Six.