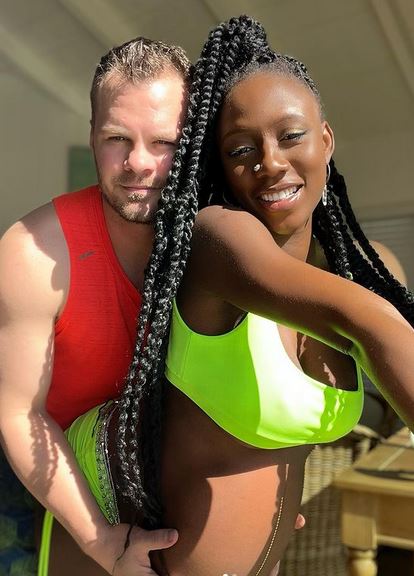 Korra Is A Millionaire. I Don’t Know Why She Got A One-bedroom Apartment

In the latest video he posted, which lasted for about an hour, Justin Dean also revealed he’s suing Korra and her friends for defamation.

Korra Obidi’s ex-husband, Dr Justin Dean in a new video has questioned why she rented a one-bedroom apartment despite being wealthy.

In the latest video he posted, which lasted for about an hour, Justin Dean revealed he’s suing Korra and her friends for defamation.

He said that the video where he was seen calling Korra a “wh*re” and “sl*t” in front of their kids was a “set up” and he is suing Korra and her friends for putting it out in the public.

He said the video, where he was calling Korra derogatory names, was recorded and released without his consent.

He said: “Yes, I was set up in that recording, they did that on purpose, they did that to set me up and they are being sued for defamation of character. In the state of California, it is illegal to film someone and put them online in a derogatory way.

He also said that social media led to the decline of his marriage.

He said: “Don’t put your family on social media; I can tell you that social media is responsible for all of these and obsession for fame. I don’t wanna be famous. You all can unfollow me.”

He then addressed the topic of his wife moving into a new apartment, saying: “I don’t understand why she got a one-bedroom apartment. She’s a millionaire.”

He added: “Korra is rich. Seriously.”

Watch him speak about Korra’s new apartment in the video below;