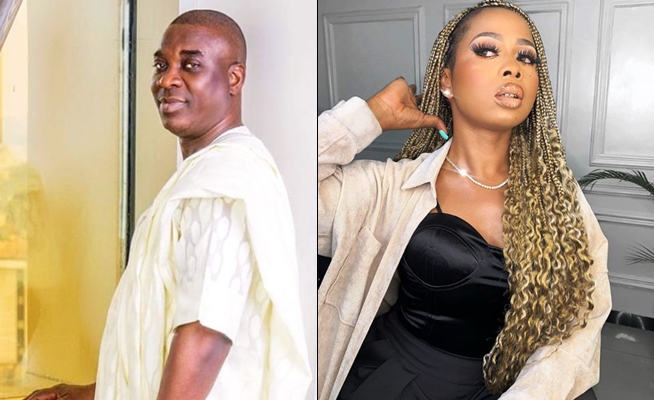 After the viral rumour about an alleged affair between KWAM1 and the young wife of the Alaafin of Oyo, Ajoke Adeyemi, the singer has revealed why he cannot have an affair with the queen.

Recall that it was widely speculated on social media last week that Olori Ajoke had been kicked out of the palace over her alleged affair with the veteran musician. KWAM1 released a statement vehemently denying the allegation and also vowing to seek legal redress. Ajoke also had an interview with an online radio station where she placed curses on herself if she ever committed adultery.

On Sunday night, in an IG live chat with media personality, Dele Momodu, Fuji maestro, King Ayinde Wasiu aka KWAM1 speaks about the rumor of his alleged affair with the last wife of the Alaafin of Oyo, Ajoke Adeyemi.

In his interview with Dele Momodu, KWAM1 who spoke in Yoruba, said the people who started the malicious rumor are enemies who are only jealous the monarch bestowed the Title, Mayegun of Yorubaland on him in January this year.

The 63-year-old singer stated that it would be a taboo for him to even think of having an affair with the Olori. He said he has little or no contact with any of the Oloris of the 80-year-old monarch.

Watch a clip from the interview below