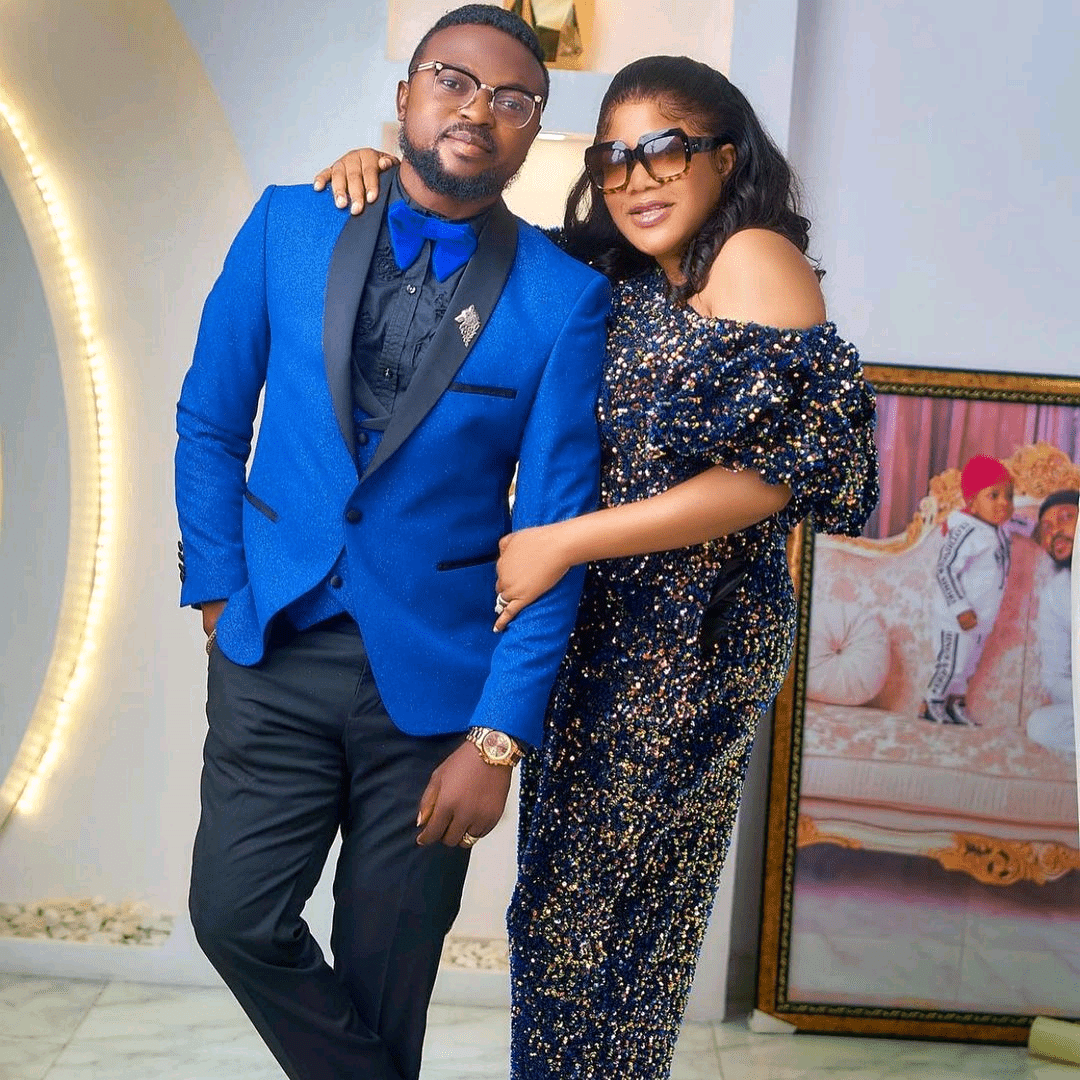 A pregnant woman has called out Famous Nollywood actress Toyin Abraham for allegedly snatching her husband.

The actress is married to her colleague, Kolawole Ajeyemi, for whom she has a child.

The pregnant woman has alleged that Toyin snatched her now-husband from her.

In a now-viral video, the woman claimed to have gotten pregnant for Kolawole four years ago before he ditched her for the actress.

The woman stated that she couldn’t deliver the actor’s child and had been carrying the pregnancy for four years.

ALSO READ: I love my wife more than my mother — Actor Kolawole Ajeyemi

After consulting spiritual help, she was told that until Kolawole returns, she wouldn’t be able to deliver the child.

She called on Toyin Abraham’s fans to help her beg the actress to leave her husband alone.

Months back, there were unconfirmed speculations that all wasn’t well with Toyin Abraham and Kolawole Ajeyemi’s marriage.