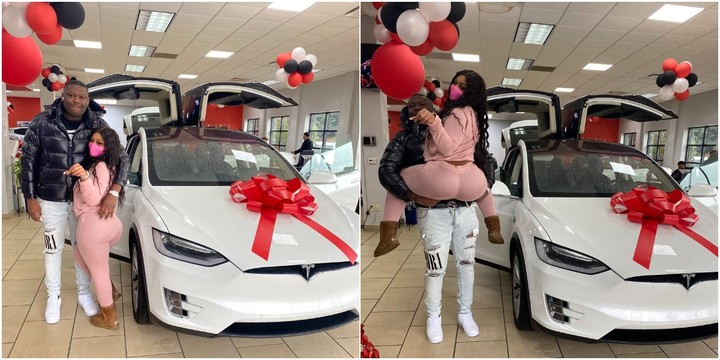 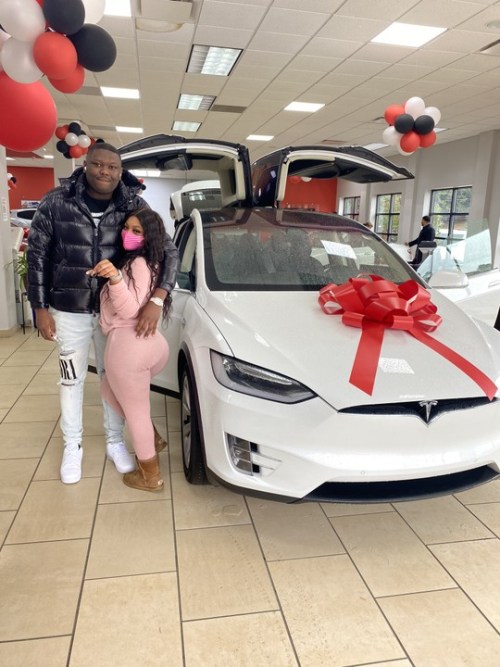 She wrote:
“BEST VALENTINE EVER!!! thank you baby!!! #TelsaModelX.”
A quick search on the car identified as Tesla Model X showed that it is in the region of a Manufacturer’s Suggested Retail Price (MSRP) of $79,990 (N30 million).
See her post below: