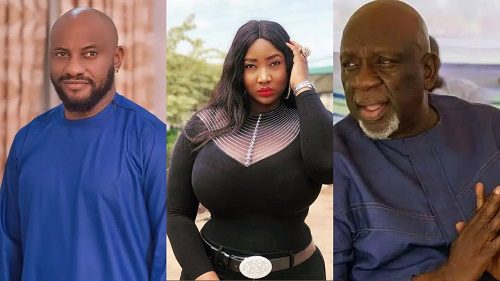 Trolls had attacked Yul when he revealed he had begotten a son with his second wife, Judy Austin.

Lots of fans, colleagues and his family members had reacted negatively to the news of his taking a second wife, with some backlashing him severely for it.

Yul had met his senior colleague, Larry Koldsweat on set for a movie when the latter decided to congratulate him on his taking a second wife.

He lauded the thespian while criticizing social media users who had been dragging the actor.