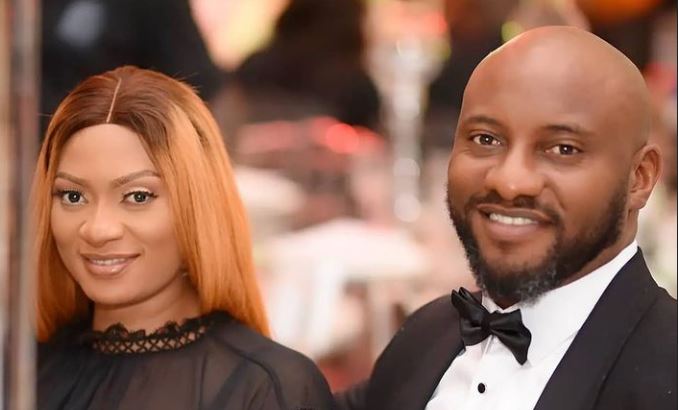 According to the lady, she believes that one day, Yul Edochie will definitely retrace his steps and beg May for forgiveness.

May and Yul Edochie

May Edochie, the wife of actor, Yul has replied a fan who predicted that her husband will ask for her forgiveness for taking a new wife.

The female fan who introduced herself as Pastor Fortunata from Tanzania, took to the comment section of a post May Edochie made to make an optimistic statement.

According to the lady identified by her username as @fortunataandengenye, she believes that one day, Yul Edochie will definitely retrace his steps and beg May for forgiveness.

“May what I know, one day your husband will come to you and beg you. Pastor Fortunata. From Tanzania”

Replying to the lady’s statement, May Edochie thanked her for the prayers.

“Thank you for your prayers,” she wrote.

As we all know, Yul Edochie is still receiving backlashes for taking a second wife, Judy Austin Muoghalu. Some people are of the view that his decision was absolutely wrong.

Yul Edochie already had four children with May before he married Judy who is also an actor.

Refer to the conversation between May and the fan below:

How I Got Signed By Olamide
Jemima Osunde, Neo Akpofure Sparks Relationship Rumours
I Didn’t Endorse Buhari In 2015, Rejected Osinbajo’s Offer – Femi Kuti
No Comments Yet Drop a Comment