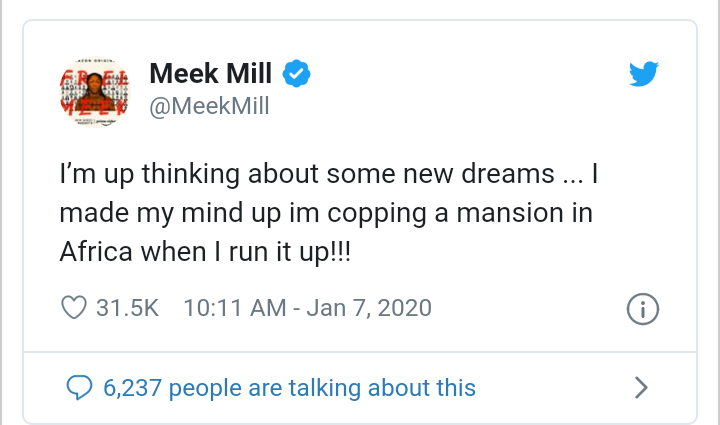 Meek Mill Reveal Plans To Purchase A Mansion In Africa American rapper, Meek Mill revealed recently that he is relocating to Africa and he seems to be serious about his move.

Meek Mill who is an award-winning black American rapper shared with his fans on Twitter that he has been thinking about some new dreams lately. He revealed that he has made up his mind to get a mansion in the continent. However, he did not mention what country in Africa he would be moving to, fans in his comment section are already giving the rapper ideas on which country he should pick. 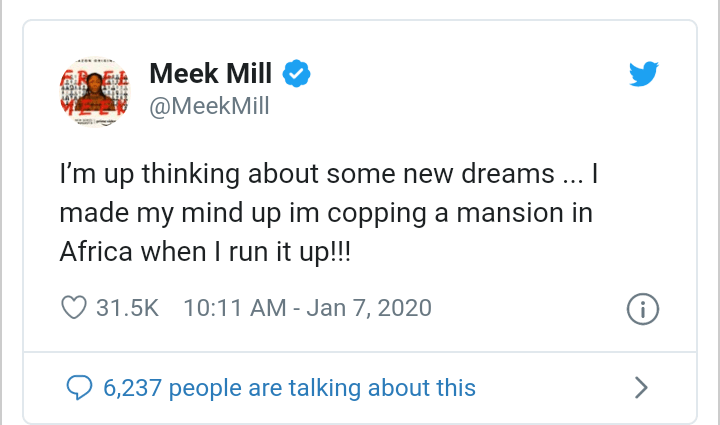