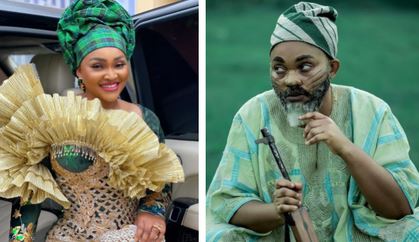 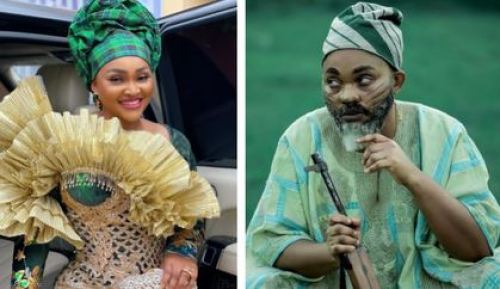 
Nigerian actress, Mercy Aigbe has left fans in shock after she shared a photo on Instagram dressed like a man.

She posted photos of herself posing as an old man who had tribal marks all over his cheeks.

She starred as a man in a JBO, a yet-to-be-released Nollywood action movie.

Her colleagues and fans couldn’t hide their reactions, as they trooped to the comment section to drop a comment. 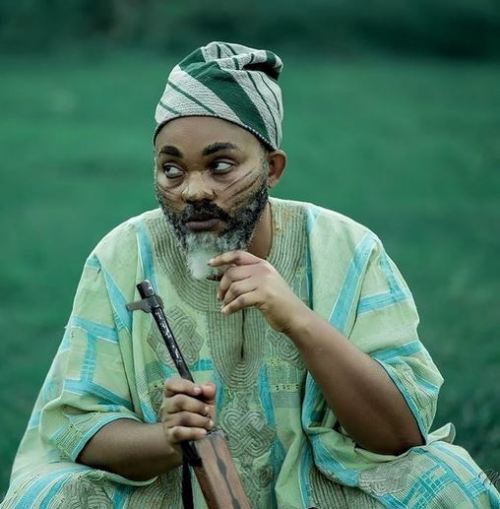 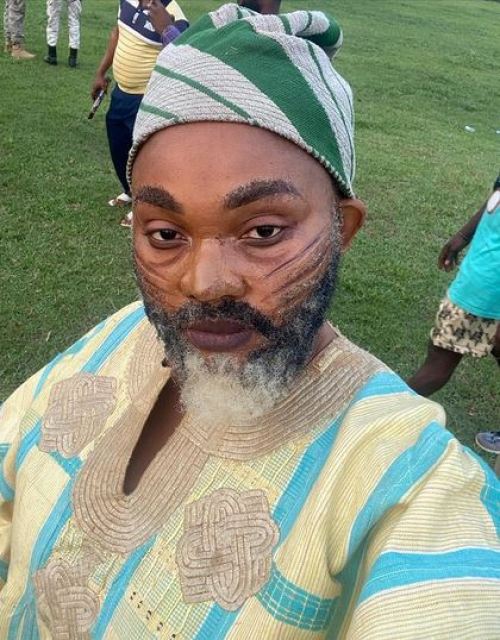