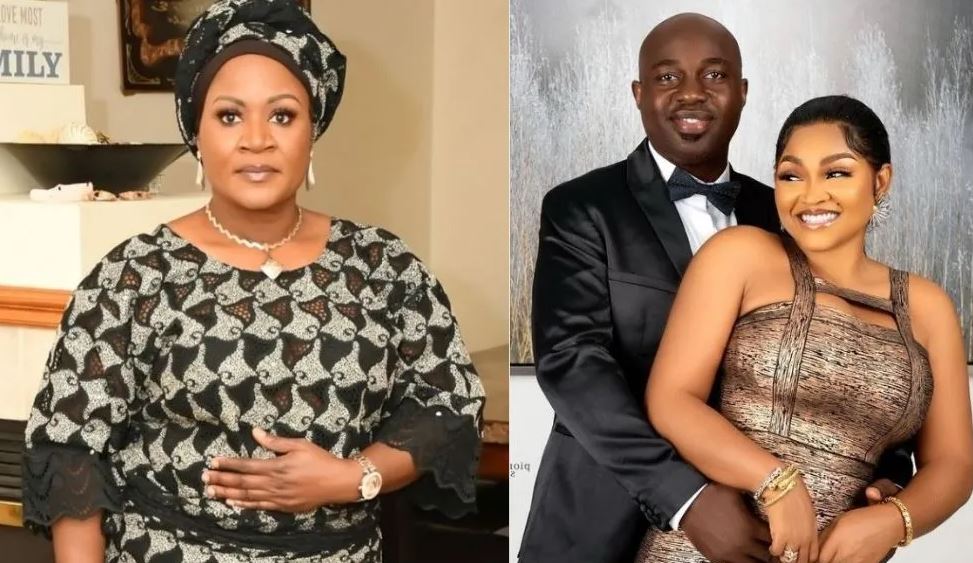 Oluwafunso Asiwaju, the ex-wife of  Kazim Adeoti, husband of actress, Mercy Aigbe has taken to her instastories to share a post about karma.

In the cryptic message, Funsho said karma comes after everyone eventually and revenge will be served to those who deserve it.

She wrote: “Karma comes after everyone eventually. You can’t get away with screwing people over your whole life. What goes around comes around. That’s how it works. Sooner or later the universe will serve you the revenge that you deserve. Revenge is not in my plans, you will f*ck yourself on your own.”

Earlier in October, the businesswoman ignored her estranged husband’s 48th birthday message to her on Instagram.

Mercy revealed Kazim as her husband on his birthday in January 2022.

Reacting to the revelation, Funsho Asiwaju who did not approve of their marriage, claimed that Mercy was having an affair with Kazim before they got married. She also said that Mercy’s son with her former husband Lanre Gentry was five months old at the time.

Funsho who accused Mercy of being a homewrecker also threatened to divorce Kazim. The estranged couple has four children together.